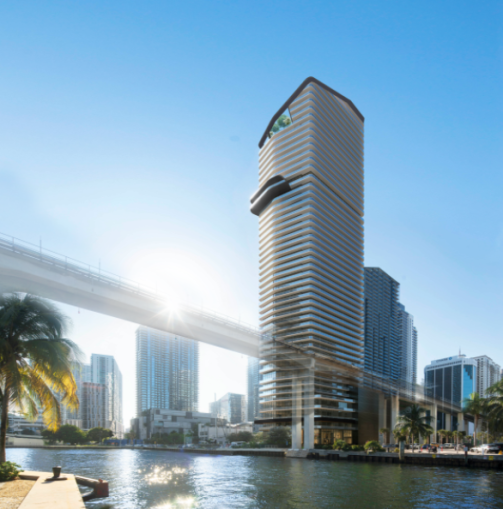 The 44-story development called Lofty will feature 364 units, which will be sold furnished with no rental restrictions. The building will also include 40,000 square feet of amenities, such as a private marina, a members-only social club, a pool deck and a fitness center.

Lofty’s groundbreaking is scheduled for the fourth quarter of this year, according to the developer’s spokesperson. The property still holds a two-story building that houses a dry-cleaning business.

In tandem with the site purchase, Newgard, led by Harvey Hernandez, nabbed a $55 million mortgage from 3650 REIT, which was upped by $5 million in March.

Now Newgard secured an additional $110 million, also from 3650 REIT, to bring the financing’s total to $170 million, according to mortgage documents.

Besides Lofty, Newgard, in partnership with the family office of Crescent Heights founder Russell Galbut, is developing Natiivo, a short-term rental building under construction in Downtown Miami, for which the Miami-based developers landed $214 million.

Earlier this week, Lalezarian Properties secured a $150 million construction loan for a residential tower in nearby Miami Worldcenter.

Update: 3650 REIT provided the mortgage. A previous version of this article listed Grass River as the lender, which is the development arm of 3650 REIT.