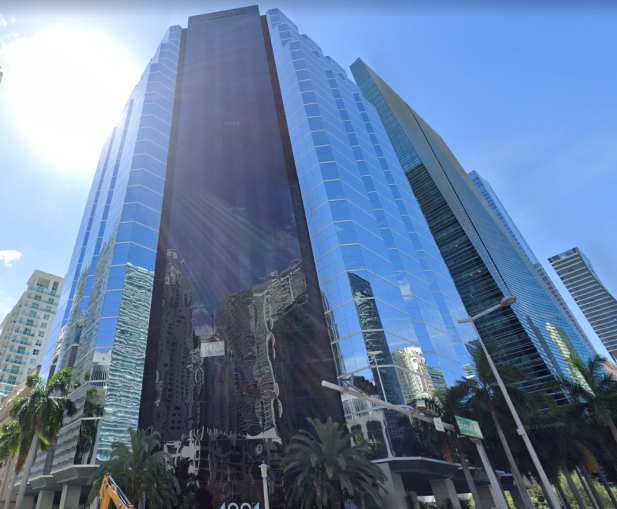 Days after Citadel CEO Ken Griffin announced he was moving his hedge fund to Miami, the billionaire was unmasked as the buyer of two recent record-breaking Miami deals.

Bloomberg confirmed what many Miami real estate executives suspected in recent days: Citadel was the buyer of a 2.5-acre site at 1201 Brickell Bay Drive that sold for $363 million back in April — the most expensive land deal in the city’s history.

Then, just last week, a 26-story office building across the street at 1221 Brickell Avenue sold for $286.5 million, marking Miami’s most expensive office trade since the pandemic struck. Both deals were signed by people who Bloomberg tied to Citadel.

The same day the 1221 Brickell sale hit public records, the financial giant announced plans to relocate its global headquarters from Chicago to Miami. It divulged few details about its future base, saying only that it would develop an office tower in partnership with Sterling Bay, on Brickell Bay, which spans less than half a mile.

The April sale shows that Citadel’s move was already in motion even as Griffin, a major Republican donor, threatened to pull out of Chicago over the city’s crime rate. “We’re getting to the point that if things don’t change, we’re gone. … Things aren’t changing,” he said last month.

The move is one of the largest corporate relocations to Miami since the start of the pandemic, which prompted other financial heavyweights to open offices in the Magic City. These included Blackstone, Point72 Asset Management, Apollo Global Management, Millennium Management, and CI Financial.

Records listed the buyer of both the Brickell site and office building as Randall Davis. But Davis never came out of the woodwork to publicly claim the purchases.

It’s possible that 1221 Brickell could house Citadel employees during the development of the headquarters, which will take years to complete. A Citadel representative did not immediately respond to a request for comment. The sellers of 1221 Brickell, Rockpoint, and 1201 Brickell Bay Drive both declined to comment.

Hedge fund Citadel and its sister company, market maker Citadel Securities, employs 4,000 professionals in total, of which 1,000 are based in Chicago.

The firms expect a few hundred staffers to relocate to Miami next year. Some are already stationed at the Southeast Financial Center building in Downtown Miami.

Prior to the Brickell deals as COVID took the country hostage in March 2020, Citadel Securities had opened a trading floor inside the oceanfront Four Seasons Hotel in Palm Beach, where some staff worked and lived for months without ever leaving the premises.

Griffin, who’s worth an estimated $25.5 billion, has a history of paying record prices for real estate.

In December, the investor paid $75 million for a mansion in Miami Beach, a record for a residential Miami property. Six months later, he bought a home in Coral Gables, a wealthy suburb southwest of Miami, for $45 million. Further north in Palm Beach, he assembled an oceanfront lot, less than half a mile from former President Trump’s Mar-a-Lago residence, for at least $350 million.