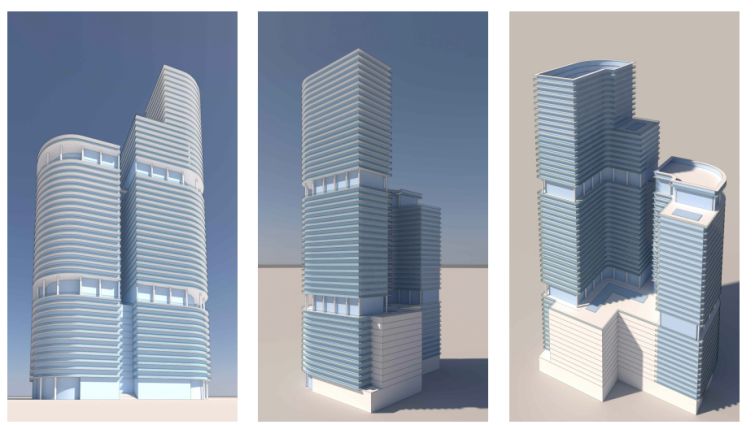 Property Market Groups (PMG) and Sentral are moving forward with their massive residential project in Miami’s Brickell district, after closing on a land acquisition.

PMG paid $58 million for a 1.15-acre site at 130 SW 8th Street, just west of the Metrorail track, according to property records. The seller, private investor Jose Rasco, assembled the site between 2012 and 2015, paying $5.3 million in total.

The two-tower development, designed by Sieger Suarez Architects, will total 803 units. The first phase — scheduled to break ground later this year with completion slated in late 2024 — will comprise 570 apartments across 46 stories. The second phase will feature a 31-story tower with 233 units. Sentral and PMG filed for permits last month.

All units will be rentals, some of which will function as short-term accommodations.

Amenities will include two pool decks, a gym, and coworking areas. On the ground floor, 15,000 square feet will be reserved for retail offerings.

PMG and Sentral’s venture is the latest luxury residential development underway in the neighborhood as housing prices have soared in the Magic City.

Earlier this week, the Related Group and Integra Investments launched sales for the second tower of its St. Regis-branded development after the first tower earned $400 million in pre-construction sales. Mast Capital is developing a Cipriani-branded skyscraper after purchasing the 2.8-acre site for $103 million in January. Hospitality powerhouse Major Food Group is working on a 1,049-foot skyscraper with Michael Stern’s JDS.

“As Miami’s financial district, Brickell is one of the city’s most desirable destinations and one in which we’ve had success developing previously,” Ryan Shear, PMG managing partner, said in a statement.

Across the Miami River in the city’s Downtown district, the firm, founded by Kevin Maloney, is developing the 100-story The Waldorf Astoria Hotel and Residences and the E11EVEN nightclub-branded condominium, for which it scored a $149 million construction loan in February.

Its Brickell partner, Sentral, is a short-term rental operator and developer. Its portfolio includes a property in Wynwood.