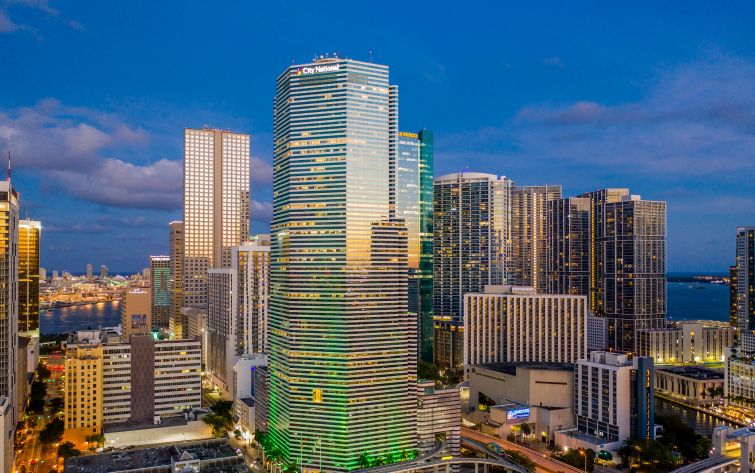 CP Group and DRA Advisors dropped approximately $163 million for the iconic Miami Tower, according to sources with knowledge of the deal.

The 47-story office building, designed by the late Pritzker-winning architect I.M. Pei, has stood as a landmark in Downtown Miami since its completion in 1987, glittering Miami’s skyline with light shows.

It’s been an active few weeks for the Miami office market. Just last week, Citadel, a leading hedge fund, and its sister company, market maker Citadel Securities, announced plans to relocate from Chicago to Brickell, Miami’s financial district. The firm’s founder, billionaire Ken Griffin, paid $363 million for a waterfront site on Brickell Bay Drive where he will likely develop an office tower, and paid $287 million for the office building across the street, 1221 Brickell.

Unlike 1221 Brickell, which posted an 85 percent gain from its last sale in 2017, Miami Tower traded at a loss. The seller, Sumitomo Corporation of Americas, bought the property for $220 million in 2016, according to property records.

Miami Tower’s depreciation is in part due to the loss of a major tenant. Law firm Carton Fields, which leased about 95,000 square feet, relocated to the MiamiCentral complex last year. Miami Tower is now approximately 65 percent occupied, down from near full occupancy in 2016.

The new owners plan to renovate the property, the cost of which will likely be north of $20 million, according to a source.

“Our repositioning campaign will generate new value at this storied project, appealing to the major companies relocating their operations to Florida and the rest of the Southeast,” Brett Reese, who oversees acquisitions and investments for CP Group, said in a statement.

The 636,000-square-foot skyscraper — located at 100 SE 2nd Street, a block from the Miami River — offers 37 floors for offices, 10 floors for parking, an on-site Metromover station, and street-level retail space.

The acquisition also brings CP Group’s Downtown Miami holdings to nearly 3 million square feet and over 4 million in Miami overall. The Boca Raton-based investor bought the 1 Biscayne Tower for $220 million last year. It still owns a minority stake in Citigroup Center after selling a majority stake for a reported $300 million.

CP and DRA are far from the only investors, who are responding to demand from new-to-market companies, by launching office projects.

Stephen Ross’ Related Companies, in partnership with Swire Properties, is developing a 1,000-foot-tall office tower in Brickell, which could become Florida’s tallest building.

Craig Robins’ Dacra is developing an office property in the Design District. So is Goldman Properties in Wynwood. Developers Michael Shvo, Don Peebles, and Barry Sternlicht’s Starwood Capital Group have proposed offices in and around Miami Beach’s Lincoln Road.

The brokers representing 830 Brickell, the first Miami office tower under construction in a decade, raised the asking rent to $100 per square foot, a first in the Magic City. 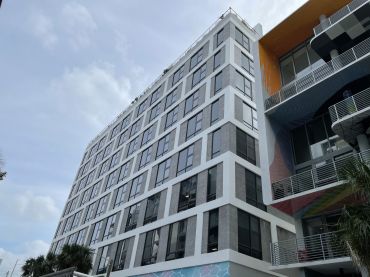