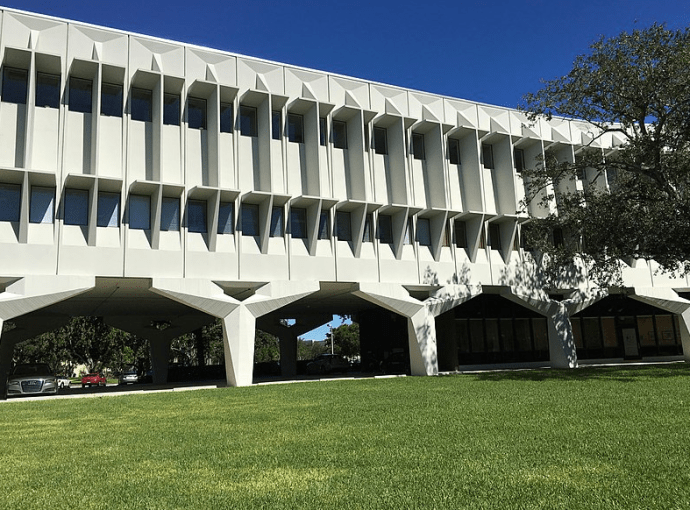 The 1.7 million-square-foot complex, formerly IBM‘s research center where it developed the first personal computer, ranks among the largest office campuses in the country. Located at 5000 T-Rex Avenue, the campus is so massive that it has a shuttle service with 13 stops to escort workers around the property.

The sale comes a little over a month after the CP Group, formerly known as Crocker Partners, submitted plans to transform the campus into a mixed-use community. The Boca Raton-based firm is seeking to rezone the site as mixed-use in order to add 1,000 residential units, 60,000 square feet for medical offices, 166,000 square feet of retail, a 130-room hotel and a 2,100-seat civic center, according to plans presented to the town council in November. CP Group says the proposed construction would cost an estimated $204.7 million.

It’s unclear whether the agreement represents a full ownership transfer to DRA Advisors or an equity deal between the two parties, though given CP’s long-term vision for the site, it seems likely the company will remain involved. In its offloading trades, CP typically retains a minority stake and continues to manage the property, as it did in the $300 million sale of Downtown Miami’s Citigroup Center office tower earlier this year.

Representatives for both CP Group and DRA Advisors did not immediately respond to multiple requests for comment.

CP Group first purchased the site in 2018, and has already added amenities to the campus, including a fitness center and café, hoping to attract higher-caliber tech tenants. Today, the campus is home to 6,000 employees working for 35 companies, which include Verizon, Canon and Boca Raton Regional Hospital, per CP Group.

The New York-based buyer assumed the seller’s original $204.5 million loan from the Bank of America and took out an additional $84.8 million, bringing the loan’s total to $289.3 million, according to property records.

The CP Group with Rialto Capital Management purchased the property for $179.3 million in 2018, according to the Sun Sentinel, though a deed does not appear in property records. The last trade listed in records dates back to 2005 for $192.7 million. The 23-acre office community sits between the I-95 highway and W Yamato Road. The 2021 deal equates to $188,235 per square foot.