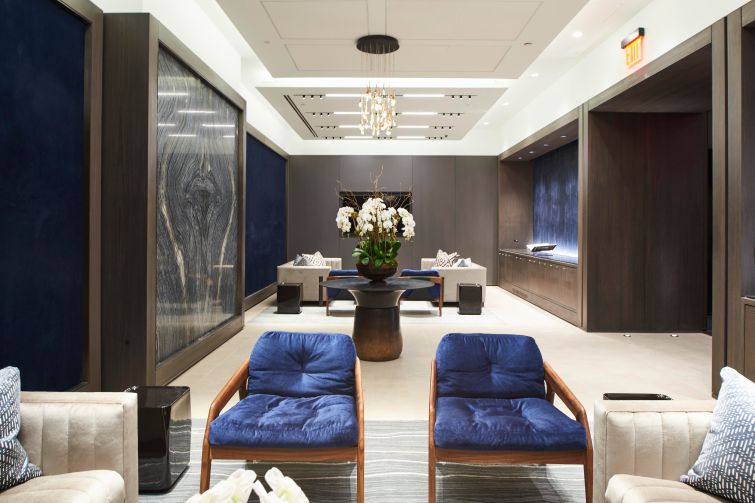 The inside of Savanna's Midtown tower, The Six. Photo: Savanna

They say good things come in threes and for the slim office tower on Billionaire’s Row at 106 West 56th Street that seems to be proving true for leasing.

Real estate investment and development firm CommonWealth Partners, petroleum distribution company Buckeye Partners and health care investment firm TCG Crossover nabbed a total of 8,000 square feet at the tower, also known as The Six, for each company’s first office in New York City, Commercial Observer has learned. Asking rents range from $100 to $170 per square foot for each five-year lease, according to landlord Savanna. All three leases were relocations, though it was not immediately clear where each company was moving from.

“Right now, the office market is experiencing a flight to quality with new construction outperforming the rest of the market,” CBRE’s Christie Harle, part of the team that leased the property for the landlord, said in a statement. “The Six is the only Midtown new construction office building built and designed for smaller tenants, allowing users of this size to capitalize on the flight-to-quality trend.”

CommonWealth Partners, based in Los Angeles, took 3,051 square feet on the entire 16th floor of the 26-story tower and has already moved into the space, according to Savanna.

Texas-based Buckeye Partners — which manages petroleum pipelines — inked a deal for 2,682 square feet on the entire 18th floor and plans to move in around January of next year. The Palo Alto, Calif.-based drug company investor TCG Crossover snagged the same amount of space on the full 19th floor and will move in at the same time as Buckeye Partners. Savanna is building out the space for both firms ahead of their relocations.

The 25-foot-wide office tower was designed by Gensler and Perkins Eastman and focuses on leasing to small, high-paying office tenants. Situated between Seventh Avenue and Avenue of the Americas, construction on the 90,000-square-foot property started in 2018 and finished in 2020 with a $100 million construction loan from United Overseas Bank and Canyon Partners Real Estate, as CO has reported.

CBRE’s Evan Haskell, Brett Shannon and Howard Fiddle handled the deal for CommonWealth Partners. Cushman & Wakefield’s Mark Mandell and Carri Lyon represented Buckeye. Newmark’s Jonathan Franzel and Leo Kone worked on the lease for TCG. Alongside Harle, CBRE’s Peter Turchin, Caroline Merck and Brad Auerbach brokered the transaction for Savanna. A spokesperson for CBRE confirmed the names of the people involved in the CommonWealth Partners deal, while spokespeople for C&W and Newmark didn’t respond to a request for comment.