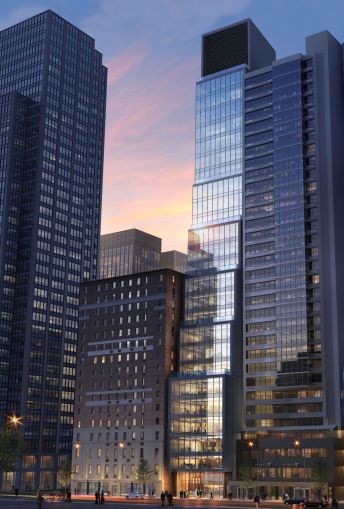 Savanna has closed on a roughly $100 million financing package for the construction of its planned 26-story office property on Billionaire’s Row at 106 West 56th Street, according to a news release today.

Savanna partnered with Hong Kong-based Atom Assets to secure the financing. Both parties had originally used a $40.4 million loan from United Overseas Bank to help finance their purchase of the property, which was the former home of America Press, CO reported in February 2016. That month, America Press sold the property to Savanna for $48.7 million, according to public records.

“Canyon has been an active investor in the New York City market for two decades, and has demonstrated not only deep knowledge of the local market but also the ability to quickly execute this transaction,” Christopher Schlank, a co-managing partner at Savanna, said in prepared remarks. “We are excited to have the opportunity to work together on this project.”

Andrew Kurd, a director at Savanna, added that the property differs from traditional Class A product in Midtown. “There is a void in amenity-rich properties that provide appropriate office settings for the highest end tenants,” he said.

The roughly 90,000-square-foot, Class A office building—designed by architect Perkins Eastman, with San Francisco-based designer Gensler behind its interiors—sits just three blocks from Central Park and will feature club-like amenities, according to the release.

Construction is slated to begin in early 2018, with completion currently scheduled for the third quarter of 2019, according to the news release.