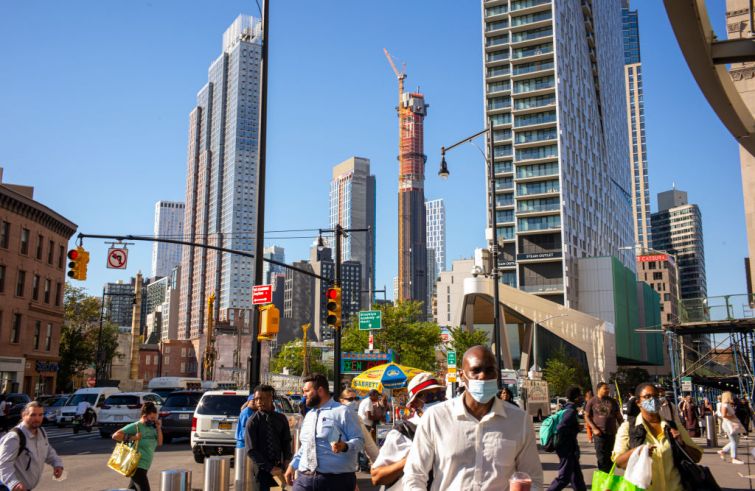 By the third quarter, New York City saw seven multifamily sales of more than $100 million each, already equalling the number of similarly priced deals made in 2020, according to Ariel Property Advisors’ new report provided exclusively to Commercial Observer.

“I think that the market has recovered and started to recover at the beginning of 2021,” Shimon Shkury, president of Ariel Property Advisors, told CO. “Not only are [buildings] not suffering vacancies, but they’re starting to see increases in rents, and that drives investors and owner-operators … to purchase because the trajectory is positive.”

The multifamily market saw an uptick in overall activity in the third quarter of this year, with a 99 percent increase in the number of buildings sold compared with the same time last year, according to the report.

The number of transactions in the third quarter increased 44 percent versus the same period in 2020, alongside growth in the number of dollars spent on the deals.

The $2.65 billion third-quarter multifamily dollar volume in New York City was more than double the $1.24 billion total of the second quarter this year, mostly due to one major transaction: The $1.3 billion partial interest sale of the Starrett City portfolio in Brooklyn by investors Rockpoint Group and Brooksville Company in September. Even without that sale, dollar volume would have still exceeded the second quarter of this year.

But deals in Manhattan slowed. There were 26 sales in the third quarter, four less than the one prior, and dollar volume fell by 26 percent in the borough. Queens saw similar drops as the number of transactions and buildings sold decreased quarter-over-quarter by 20 and 22 percent, respectively, according to the report.

Three out of the top four sales were for affordable housing properties in the Bronx, which has performed extremely well during the pandemic. That’s because property tax costs are often fixed, making it easier to examine expenses, and non-profits and other institutions provide mission-driven dollars to support affordable housing, Shkury said.

Market-rate apartments are also doing well, thanks to people returning to the city and the quick disappearance of COVID-19 rent concessions, Shkury said.

“We believe that over the next two or three years, you’ll see real growth in free-market residential rental [properties],” the Ariel president said. “This is what investors are looking at, and that’s why you see more transactions.”

Brooklyn saw a record-high dollar volume of just under $1.5 billion, but that was largely due to the $1.3 billion Starrett City sale, which made up the majority of the borough’s deals and accounted for more than half of the total dollar value of sales across New York City in the third quarter.

But Shkury had higher hopes for Kings County, which only saw about $200 million in dollar volume without the massive Starrett City deal.

“I expected to see more buildings trading hands in Brooklyn,” said Shkury. “I just think that a lot of Brooklyn owners really waited on the sidelines, not willing to let go of products that they had, very similarly to Manhattan. I’d expect more transaction volume in Brooklyn in the coming year.”