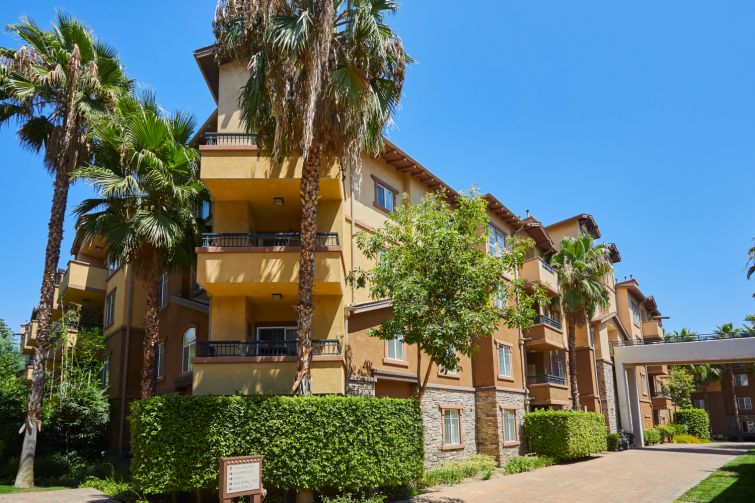 At 1901 North Buena Vista Street, Empire Landing is located in the media hub that is Burbank. photo: Cityview

Clarion Partners and Cityview have partnered up to acquire Empire Landing, a 276-unit multifamily development in Burbank, Calif., for $161 million.

The two investment and development firms announced the deal and said they are planning a comprehensive renovation of the gated, garden-style community at 1901 North Buena Vista Street. Property records show it was owned by an entity named Washington LP, which is tied to GR Properties USA, a subsidiary of Hong Kong-based Gou Rui Group, which is traded on the stock exchange of Hong Kong Limited.

Empire Landing is located in the media hub that is Burbank, in a sea of about 10 million square feet of office space within a 10-mile radius, and one largely tenanted by major media companies, including 16 animation studios, 15 television and broadcasting networks, eight record labels and 10 motion picture studios. And the media and tech giants continue to invest and expand their footprints in the community.

“Empire Landing is centrally located where urban and suburban environments converge in one of the most job-rich, high-growth economic areas of Southern California, often referred to as the media capital of the world,” Devang Shah, managing director at Cityview, said in a statement.

Empire Landing consists of one- and two-bedroom apartments, as well as 41 three-story townhomes, and it’s the only rental community in Burbank to offer townhome residences larger than 1,500 square feet, according to the new owners. It’s Cityview’s 20th acquisition in the Los Angeles area in the last three years.

Earlier this year, the firm secured $81 million in construction financing to develop almost 300 units at a new project between Downtown L.A. and the University of Southern California. The firm also broke ground on a 123-unit project in Mid-City last year, and completed a $75 million mixed-use project in Culver City.

Meanwhile, Clarion Partners has been active with other asset classes as well. In the summer, Clarion and Trammell Crow broke ground on a 1.1 million-square-foot, speculative logistics building in the Inland Empire. Also in the summer, at a Santa Clarita property owned by the two firms, beverage manufacturer DrinkPAK expanded its lease by more than 400,000 square feet at an industrial park that also counts Amazon and LA North Studios as tenants. On the office side, Clarion has worked with other big landlords like Lincoln Property Company on a $169 million acquisition of Jefferson Creative Campus III in Culver City.