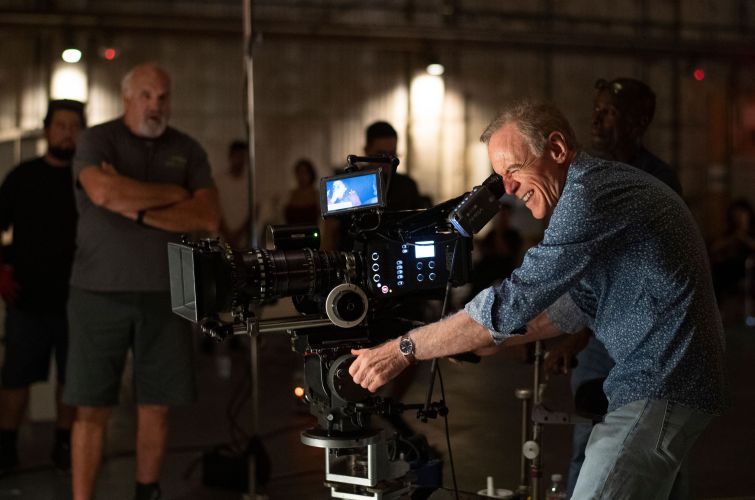 US cinematographer Richard Crudo, right, assists interns as they shoot a scene during a session of the Academy Gold Production Track Program at Warner Bros Ranch in Burbank in 2019. photo: VALERIE MACON/AFP via Getty Images

Warner Bros. is selling the historic Ranch Studio — used to create major movies and shows like “Lethal Weapon” and “Young Sheldon,” among others. Warner will then lease the property back after a massive expansion by new owners Worthe Real Estate Group and Stockbridge.

The $500 million makeover calls for 926,000 square feet of new construction, including 16 new soundstages and a 320,000-square-foot office complex on a 32-acre lot located in the Burbank media hub, which is home to entertainment companies like Netflix and Disney. It currently  includes five soundstages as well as offices and sets, which will be replaced. The Los Angeles Times first reported the deal.

Warner will lease the lot back from the new owners in 2025 after the transformation makes it one of the largest new studio developments in the country. Construction is expected to start next year. The terms of the lease were not disclosed, but sources told the Times that it’s valued at more than $1 billion.

The deal demonstrates rising demand for filming facilities, which has also driven rents in the entertainment capital of the world. The plan adds to a generation-defining streak of expansion projects for new production facilities.

Atlas Capital Group filed plans with the city to build a $650 million “Hollywood-style” studio lot with 17 soundstages and 212,300 square feet of offices. Hackman Capital Partners has plans for a $1.25 billion redevelopment with more than 1.1 million square feet of studio, office, and support space, and Hudson Pacific Properties and Blackstone Group are set to build Sunset Glenoaks Studios for $170 million to $190 million.

Worthe has had a busy October so far. Earlier this month, Commercial Observer reported that the firm and Invesco Real Estate sold a Beverly Hills office building for $153.2 million — equal to a whopping $1,532 per square foot.