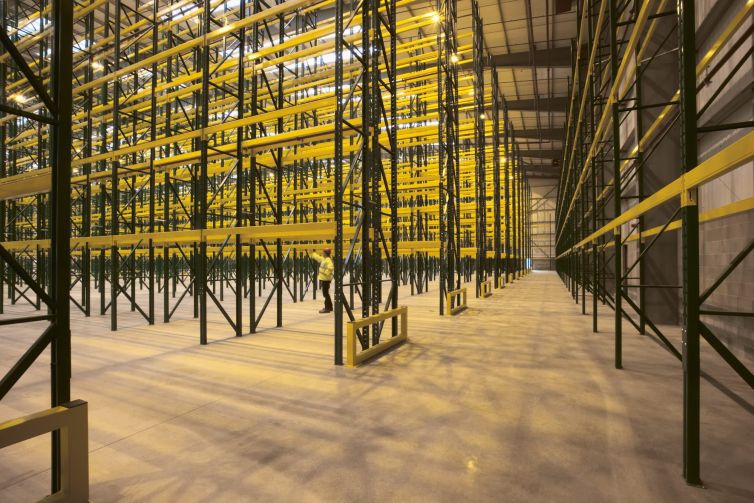 Empty warehouse with shelving and racks. The project, called Knox Logistics VII, is situated on 73 acres at 19115 Harvill Avenue in the city of Perris in Riverside County. Photo: Damian Gillie/Construction Photography/Avalon/Getty Images

Tenants and investors are both competing for new logistics space in the Inland Empire of Southern California, and developers are eager to oblige.

The project is situated on 73 acres at 19115 Harvill Avenue in the city of Perris in Riverside County, at the intersection of the I-215 freeway and Cajalco Expressway. It’s part of TCC’s 5.8 million-square-foot portfolio currently under construction in the Inland Empire and Las Vegas.

The project start comes just under a month after a beverage manufacturer named DrinkPAK committed to 400,095 square feet at TCC and Clarion Partners’ Center at Needham Ranch in Santa Clarita, Calif., which also is home to tenants Amazon and LA North Studios.

Demand is expected to continue climbing for such space as consumer appetite for faster delivery times have placed immense pressures on the supply chain. According to research released by CBRE this week, more than 414 million square feet of industrial warehouse space has been leased in Southern California in the past five years.

Developer and investor TCC is an independently operated subsidiary of CBRE Group, with $15 billion of projects in process and $6.8 billion in its pipeline. (Last year, the firm also completed and sold the MLK Community Health Building within a larger Los Angeles campus for $43.4 million.)