The project will add nearly 300 units in a federally designated opportunity zone, including 28 affordable units 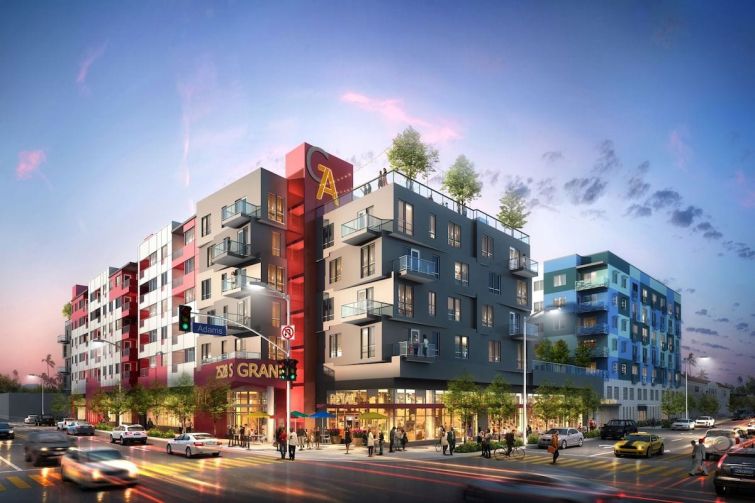 The 296-unit project, called Adams & Grand, will be at 2528 South Grand Avenue between Downtown L.A. and the University of Southern California. Rendering: Humphreys & Partners Architects

Cityview is set to further expand its multifamily portfolio after setting up funding for a $125 million multifamily development in Historic South-Central Los Angeles.

The 296-unit project, called Adams & Grand, will be at 2528 South Grand Avenue between Downtown L.A. and the University of Southern California. Construction will begin this month, and is expected to finish by the first quarter of 2023. Cityview will designate 25 units as very low-income affordable, and three of the units as moderate-income affordable.

The development site is also located in one of California’s federally designated opportunity zones, and the project was funded with capital from opportunity zone program managed by The Townsend Group. Opportunity zones stem from President Donald Trump’s tax overhaul in 2017, and they allow investors to defer taxes on capital gains.

The project will rise seven stories about a half-mile from USC and Exposition Park, and a couple of blocks from downtown’s South Park neighborhood. The building will offer 125 studio, 87 one-bedroom and 84 two-bedroom floor plans. It will also feature 5,000 square feet of retail space, two rooftop decks, a fitness center, a pool and spa deck, and more.