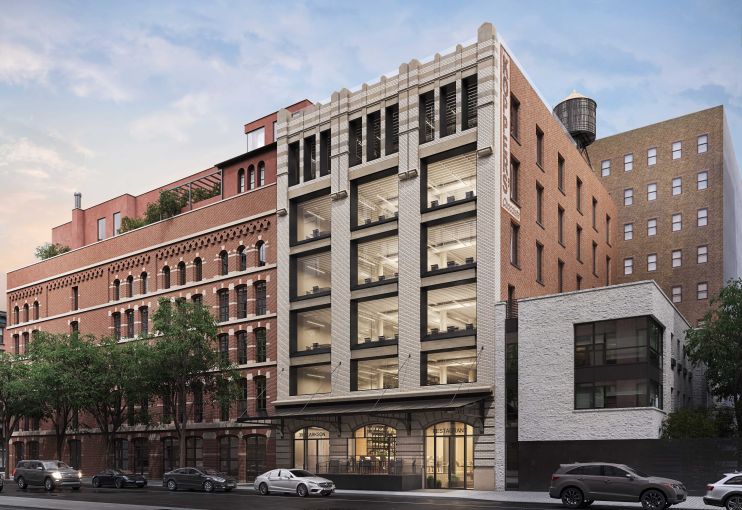 Investment firm Penn South Capital has sold its boutique office building at 39 Clarkson Street in Hudson Square for $45.9 million, less than two years after purchasing the property for $27 million, according to Penn South founder Parag Sawhney.

The buyer is a group of foreign investors from the Middle East doing business as Vanquish LLC. Sawhney said they approached him with an all-cash deal that closed in 30 days, on Sept. 9. The six-story, 30,000-square-foot property had not been on the market before the sale.

Penn South bought the building, which was originally the Kopper’s Chocolate factory, from LTN Capital in December 2019 for $27.2 million. LTN also sold Penn South two small residential buildings on the Lower East Side as part of the deal.

During the pandemic, Sawhney and his colleagues spent about $5 million renovating the property between Hudson and Greenwich streets. The work included moving the elevator core, renovating the facade, adding lot line windows, and replacing the roof.

He explained that the investors were drawn to the property because it was one of the few small, renovated office buildings in Hudson Square. It also happens to be near Google’s under-construction campus at St John’s Terminal, which the tech giant just dropped $2.1 billion to buy.

“The location was something that attracted them,” said Sawhney. “Also, when they saw the building from the inside, they could picture doing something cool with it.”

When he purchased the building, “there was absolutely no comp for a smaller building in Hudson Square,” the real estate exec explained. The other commercial projects in the neighborhood are massive undertakings, like Disney’s new 1.2 million-square-foot headquarters, the 1.3 million-square-foot renovation of St John’s Terminal at 550 Washington Street, and Trinity Church’s multi-building office portfolio.

The building at 39 Clarkson has one tenant in place — a mental health startup called Talkiatry that leased 5,800 square feet in January — but Penn South paused its leasing after the buyers requested that it remain as vacant as possible.