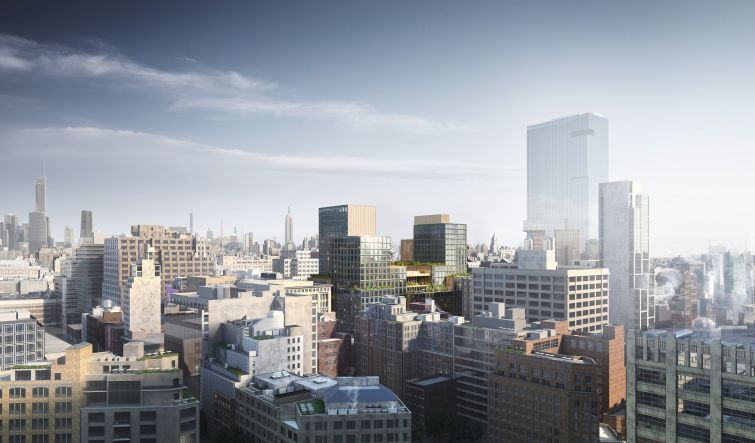 Disney is building a new 22-story headquarters for ABC, which is leaving its longtime Upper West Side campus. Rendering: SOM 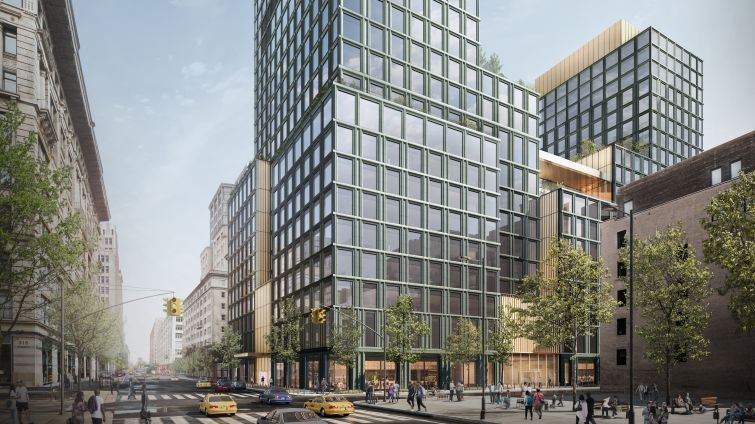 The facade is less than 50 percent glass—the punched windows are surrounded by terra cotta framing, and there's anodized aluminum accents on the facade as well. Rendering: SOM 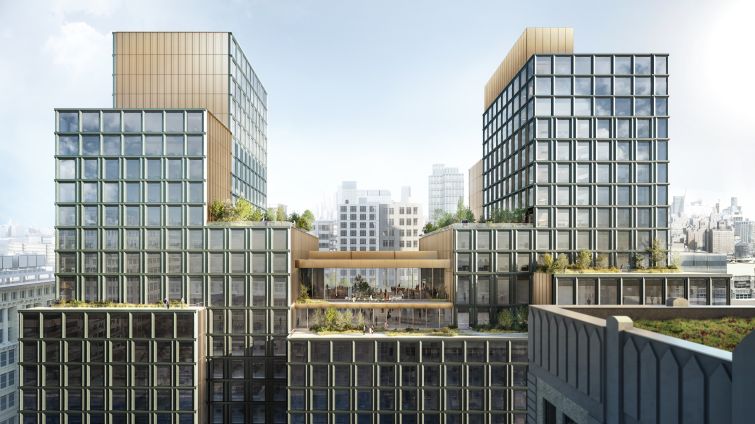 A two-story glass walkway will anchor two amenity floors for workers on the 10th and 11th stories. Rendering: SOM 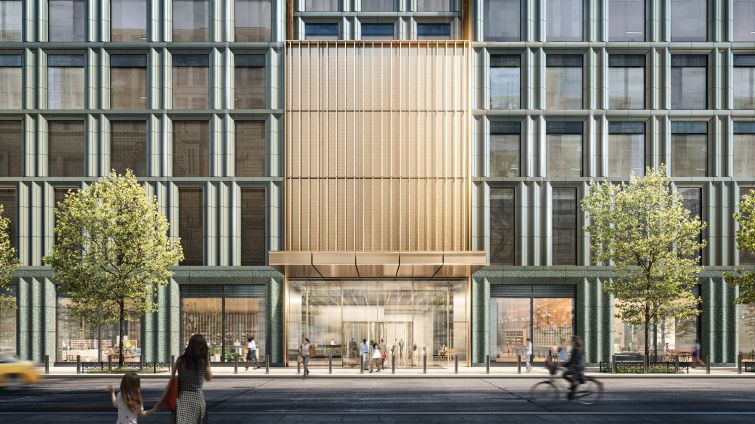 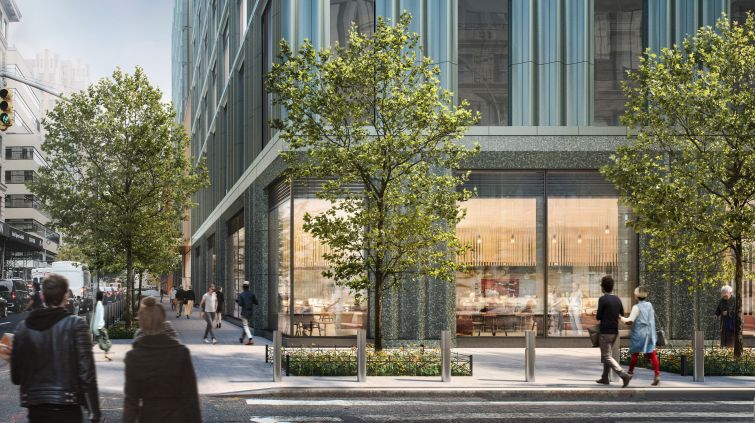 A look at some of the building's street retail, which will include a food hall. Rendering: SOM
Previous Next

After acquiring a full block in Hudson Square for $650 million last year, Disney has released renderings of its new 1.2-million-square-foot headquarters at 4 Hudson Square.

Skidmore, Owings & Merrill is designing the new 22-story, 320-foot-tall building between Varick, Hudson, Van Dam and Spring Streets. The facade will be clad in efficient, triple-paned glass and green terra cotta framing that surrounds the windows. Anodized aluminum will accent portions of the exterior, including the entrance, which will have a bronze-colored surround, and shroud mechanical areas on the tops of the towers. The building will also have several outdoor spaces, beginning on the ninth floor, created by a series of setbacks and the separation of the building into two separate towers. The towers will be linked by a two-story, glassed-in walkway that will function as the center of two amenity floors. Those 10th and 11th floors will have a conference center, food options, coworking areas and a movie screening room.

Colin Koop, a partner at SOM who’s working on the project, said the design aims to emulate the former industrial neighborhood’s “touches of elegance … brass storefronts, touches of metal; there’s more color than people realize in the neighborhood in the brick and in the metal.” The green terra cotta and anodized aluminum are an attempt to emulate the Art Deco architectural styles of the late 19th century buildings in Hudson Square, which was originally constructed for printing press companies.

The ground floor will be mostly retail on three sides, and the retail will be “curated,” said Koop. “There will be no Disney store, no big box retail. Think Hudson Eats,” he explained, referring to the food hall at Brookfield Place. The basement will also host TV studios and production facilities, where taping for ABC shows like “Live with Kelly” and “The View” will occur. The office floors will accommodate the new corporate offices for Disney-owned ABC, which sold much of its Upper West Side campus to Silverstein Properties for $1.2 billion last year. Disney then inked a 99-year ground lease for the site at 4 Hudson Square in a deal valued at $650 million.

SOM and Disney are also trying to create a more-efficient-than-average office building. Less than half the facade is glass, which helps reduce heat loss in the winter and the leaking of cool air in the summer, and a dedicated outdoor air system (DOAS) will heat and cool the building and save more energy than a traditional HVAC system. The property will also absorb and recycle storm water and incorporate low-flow fixtures to save water. Koop said he hopes to get as close as possible to a building completely powered by electricity, and he wants the structure to be 25 percent more efficient than the current energy code standards.

On the design front, “we wanted to bring craft into the office building facade,” Koop explained. “The Disney brand is not steel and glass.”