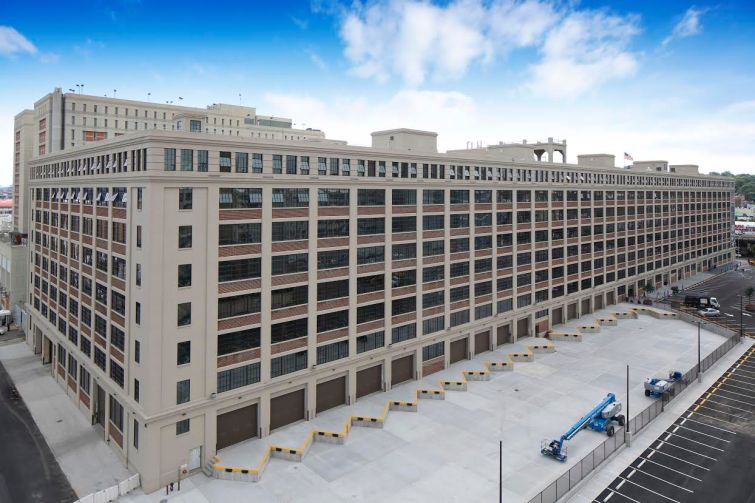 Koppers Specialty Chocolate, a company based in Greenwich Village since 1937, is relocating to Liberty View Industrial Plaza, a 1.8-million-square foot building in the Sunset Park section of the borough.

The chocolatier will be in 50,000 square feet on the third floor of the eight-story structure, with an address of 850 3rd Avenue between 30th and 32nd Streets, according to brokers in the deal. Koppers is slated to move in and start making chocolate this October through the 10-year lease. The company’s owner is selling 39 Clarkson Street between Greenwich and Hudson Streets as part of the move.

Rents in the building rant from $15.50 to $19.50 per square foot, said Jeff Unger of Kalmon Dolgin Affiliates, which represents landlord Salmar Properties with Newmark Grubb Knight Frank. Kopper will likely be paying $10 per square foot after tax breaks and incentives, according to Crain’s New York Business, which first reported news of the move.

While it’s barely a third of the size of its behemoth neighbor Industry City, Liberty View is becoming its own draw for the neighborhood once populated by ill-reputed businesses. Bed Bath & Beyond, buy buy BABY and other retailers will be taking more than 100,000 square feet of retail space at Liberty View. Saks is said to be taking 30,000 square feet, as CO reported in May. In an interview last week with CO, CPEX Real Estate’s Timothy King, who worked on the deals, declined to comment on whether the Saks deal had gone through.

Mr. King was more open, however, to discussing the lure of Sunset Park, which he said would not only benefit from low-rent industrial space in the area but an already prime housing market.

“The Sunset Park residential marketplace is already very well-established,” Mr. King told CO. “I always call it the pimple waiting to get squeezed because it’s in between Bay Ridge on one end and Park Slope on the other. It is going to benefit from the influx of jobs and activities.”