After $800 million acquisition, the owners plan to update 1.6 million square feet of office space at the PG&E headquarters and add more than 600 multifamily units 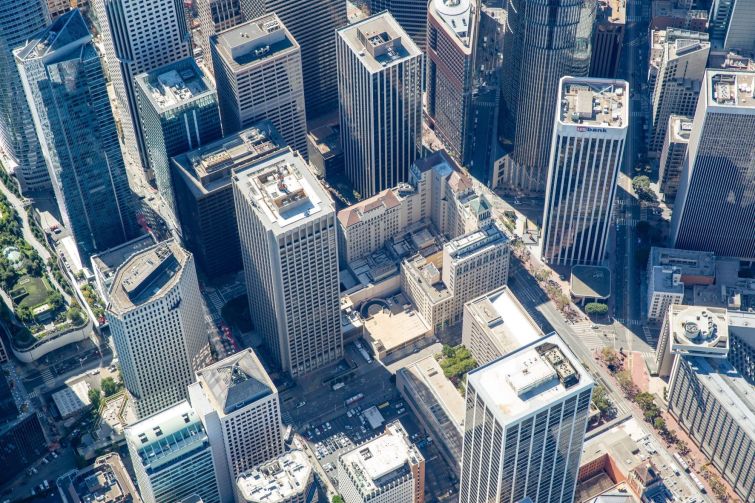 The first of the two office projects will consist of the restoration and renovation of the historic 600,000-square-foot office complex. photo: Hines

Taking a $2.5 billion chance, a joint venture between Hines and the National Pension Service of Korea (NPS) — which is one of the largest in the world — acquired the Pacific Gas & Electric Company (PG&E) campus and plans to completely reimagine the entire site.

The firms announced they will renovate the historic property and deliver two modern office projects, totaling approximately 1.6 million square feet, and add a big multifamily development — all on a full city block in the South Financial District in Downtown San Francisco.

Hines and NPS acquired PG&E’s office campus for $800 million, according to The Wall Street Journal, and Hines announced the new project was valued at $1.7 billion. Upon completion, it will represent the largest deal along Market Street in San Francisco in the last 10 years.

The first of the two office projects will consist of the restoration and renovation of the historic 600,000-square-foot office complex. Hines will retain the historic architecture of the building facade and the original lobby, and then modernize the rest. The 1 million-square-foot, 34-story building at 77 Beale will be renamed 200 Mission and completely transformed in a project designed by Pickard Chilton.

Hines also plans to build 50 Main, a new multifamily apartment complex that will consist of more than 600 units. The project is directly across the street from Hines’ landmark 101 California, and near several other Hines projects.

Despite the headlines and office market struggles in San Francisco, the city has seen significant investment this year. Kylli landed a $750 million refinance for Burlingame Point, which is fully leased to Facebook subsidiary Oculus. Investors also purchased $1.2 billion in bonds linked to the 52-story tower at 555 California Street, and Harvest Properties’ $175 million acquisition of 360 Spear Street was funded by a $184.7 million debt package led by affiliates of Deutsche Bank.