A major residential return appears to be underway 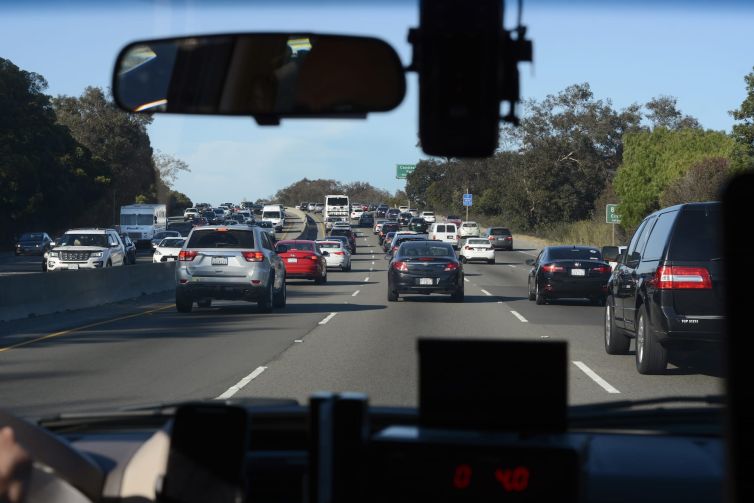 California’s declining population, and the mass migration out of urban areas, was perhaps the most popular narrative to come from the pandemic in the Golden State. Experts questioned if gateway cities like Los Angeles and San Francisco would survive with so many residents relocating to more affordable areas.

Throughout the state, almost every inland market gained population during the pandemic. But data this year shows that the “mass exodus” narrative was “often conflated,” and is “hardly a new trend,” according to research by Newmark, though it was accelerated by the pandemic.

Earlier this year, California Policy Lab reported that the number of residents leaving the state showed “no marked increase” in 2020 compared to years prior, and, of the people who moved, 80 percent relocated to a new home in California, not out of the state.

Further, more data shows many of those urban dwellers just relocated to nearby suburbs, and the first quarter this year demonstrated that many of those moves were temporary, with a major residential return already underway. In fact, if the current pace continues, the losses from 2020 could be reversed by 2022.

San Francisco was one of the nation’s hardest-hit cities in terms of out-migration during the pandemic. Rent growth was slowing by the end of 2019, but the city posted consistent growth for more than 15 years, with a multifamily vacancy rate of 5.9 percent, and average asking rent at $4.48 per square foot.

But, then, after a record number of residents fled, San Francisco became a leading example of the effects of urban flight amid the work-from-home phenomenon. Apartment vacancy rose throughout 2020 until it hit its highest level this century at 12.9 percent. Asking rents hit its lowest point since 2013 at $3.86 per square foot.

Now, according to Newmark, “the return has begun.”

San Francisco set a single-quarter record for positive net absorption in the first three months of the year. Almost 1,500 units were leased, and vacancy reversed a seven-quarter increase — down to 11.6 percent — as rents rebounded to $4 per square foot. Now, more than halfway through the second quarter, net absorption is on track to match first-quarter numbers.

The most reasonable conclusion, according to Newmark, is that a significant portion of the region’s out-migration during the pandemic was temporary, and that “we are in the early stages of the return of these residents.”

All other California urban markets followed the same pattern as San Francisco, Newmark reported, with significant upticks in net absorption during the first quarter, as well as declining vacancy and incremental increases in asking rents.

Prior to the pandemic, L.A.’s vacancy rate was at 4.9 percent, with an average asking rent at $2.53 per square foot — a mark that had grown 29 quarters in a row. But the pandemic halted the streak, and vacancy increased to 5.9 percent by the second quarter of 2020. L.A. lost approximately 1.1 percent of its population to out-migration, but data shows that about 83 percent of L.A. County residents that moved went to other areas within Southern California.

Despite major regional shifts and uncertainty in the market, commercial real estate investment overall in Southern California rebounded during the first four months of the year, propelled by a surge in multifamily sales, according to CBRE. Total investment sales for all asset types in the region hit $9.9 billion from January through April, which is 19 percent higher than the same period a year ago.

Multifamily buildings led the way, making up 43 percent of the total, or more than double the investment in the first four months of 2020.