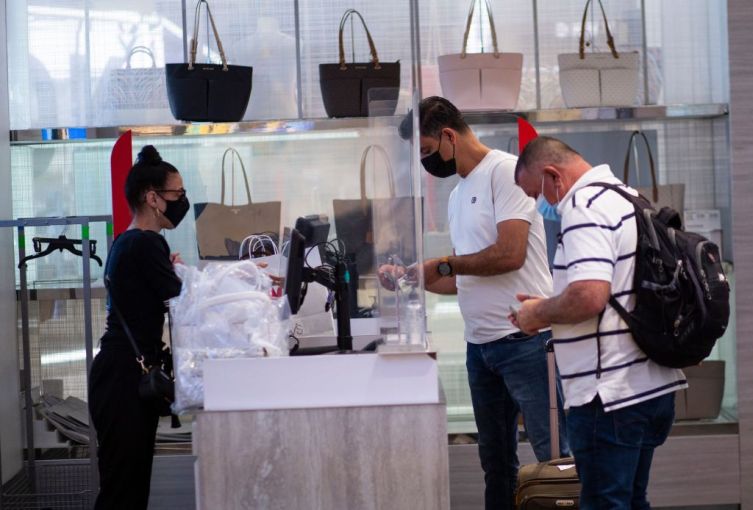 Retail sales experienced a summer slump last month, but people are still spending more than they did a year ago.

American shoppers spent $617.7 billion on retail and food service sales in July, down 1.1 percent from June when there was $621.3 billion in sales, U.S. Census Bureau records showed.

Much of that drop is due to car sales cooling off over the past three months. Motor vehicle purchases steadily tumbled from $134.8 million in May to $131.9 million in June and $126.7 million by July, thanks to a shortage of semiconductor chips and new cars. Dealerships have struggled to maintain their inventories, while demand for new and used cars has skyrocketed during the pandemic.

Even if they can’t get their hands on a new car, shoppers aren’t shy about opening up their pocketbooks this summer. With a return to offices on the horizon, and a hunger to socialize after a year of quarantines and mask mandates, consumers have been splurging on new outfits and dining out with their friends.

That helped push overall retail spending in July to 15.8 percent higher than the same time the previous year. Food service and retail sales from May through July rose 20.6 percent compared to the same time last year, too.

But the rapid spread of the delta variant could dampen projections over the fall months.

Cities like New York and San Francisco have required customers to show their vaccination cards before entering indoor establishments, including restaurants, bars, entertainment venues and gyms. Museums and some retail stores could soon follow.

Restaurants in some COVID hot spots, like New Orleans, have even paused indoor dining service amid rising cases.

And restaurateurs are worried about causing conflicts in order to enforce new vaccination mandates, as much of the responsibility for keeping communities safe — once again — falls on small-business owners.