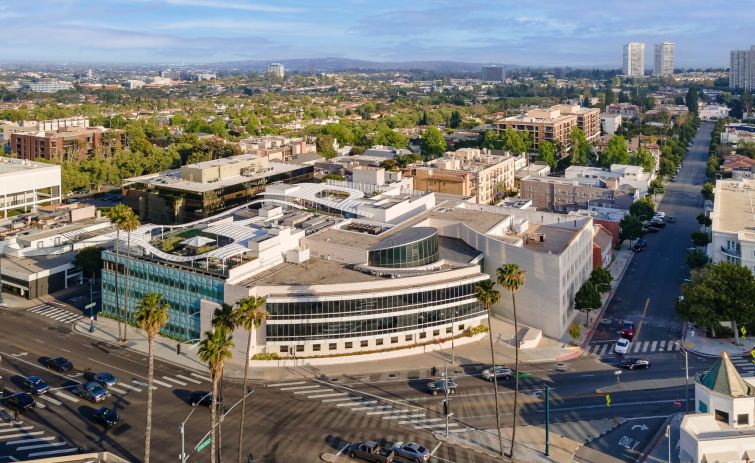 Alo Yoga has made a huge stretch into Beverly Hills.

The yoga clothing company is taking over a 73,000-square-foot office in an enterprise deal with WeWork, sources told Commercial Observer. The building is located at 9830 Wilshire Boulevard, near the Beverly Hills Golden Triangle district, at Wilshire and Santa Monica boulevards — one of the most prominent intersections in Los Angeles County. It’s across from Beny Alagem’s Waldorf Astoria and the Beverly Hilton Hotel, as well as Alagem’s massive One Beverly Hills development.

The I.M. Pei-designed building is WeWork’s only Beverly Hills property, which it has leased from Michael Ovitz’s Creative Arts Agency since 2019. It was the headquarters for his talent agency until they moved to 2000 Avenue of the Stars in Century City. Since then, the building spent time as a home to Sony Music until about five years ago, when it left for the Sony Pictures Studios campus in Culver City.

WeWork’s deal with Alo Yoga creates a small hot streak with health-focused tenants in L.A., after FabFitFun signed a multi-year agreement for headquarters space at the WeWork location in the Pacific Design Center in West Hollywood.

But, WeWork has also been managing new expectations and realities this year. Earlier this month, the firm reportedly ditched its space in the Arts District with landlord Hudson Pacific Properties, and, earlier this year, WeWork cut out on a 47,581-square-foot lease on La Brea Avenue.

Alo Yoga started in L.A. in 2007, and also has a large footprint in New York City, including a Flatiron headquarters.