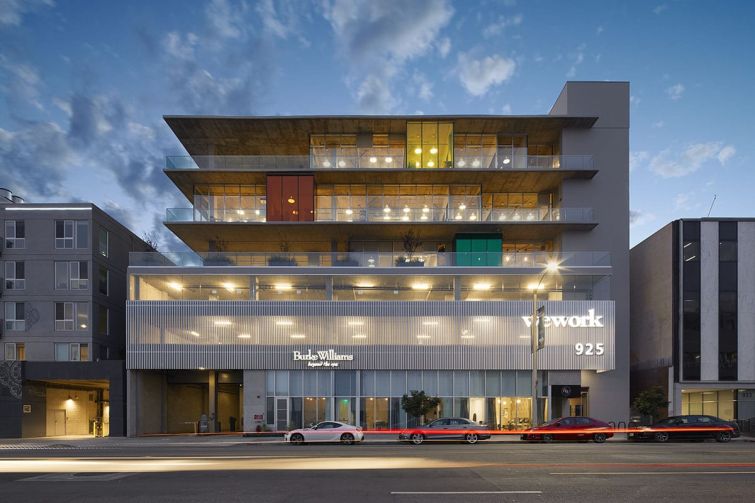 The coworking giant is ditching its space at 925 North La Brea Avenue in Los Angeles, just south of Santa Monica Boulevard, where it takes up three-fourths of the 63,331-square-foot building, according to TreppWire, which first reported the news.

WeWork occupies 47,581 square feet at the property on a lease that was set to expire in June 2029, Trepp data shows. The company “is terminating its lease,” according to watchlist notes submitted this month on the property’s mortgage, though it didn’t specify the timeframe for the termination.

WeWork informed members in early February that the company was exiting the property, a WeWork spokesperson told Commercial Observer via email. The firm and its members have since left the space.

Loan documents show that WeWork signed a lease in July 2016 with underwritten base rents of about $50 per square foot, or $2.4 million in total underwritten base rent. The property, which was constructed in 2016, is owned by CIM Group. The firm acquired the site for nearly $10 million in 2014, property records show. Representatives for CIM did not immediately respond to requests for comment.

WeWork occupies the top three floors of the six-story building on La Brea, while a Burke Williams day spa operates on the ground floor. The middle floors are used for parking.

A couple of years ago, WeWork was the most valuable startup in the world before taking a colossal nosedive, once analysts realized the company was losing money faster than it was making it. The company’s valuation plummeted 94 percent, and investors filed a class-action lawsuit against WeWork last year, accusing the company of fraud leading up to a failed IPO. That effort was withdrawn following reports of the former CEO’s erratic behavior and increasing net losses.

WeWork has since hired JLL and Newmark to renegotiate its leases around the world, and started the process of restructuring or exiting 20 percent of its leases. Last month, WeWork exited 86,000 square feet in New York’s Financial District, where it was signed on to stay until 2033. In October 2020, WeWork announced it would close three of its oldest spaces in Washington, D.C. And last summer, WeWork did a partial termination of their massive 330,000-square-foot lease at Wilshire Courtyard in L.A.’s Miracle Mile.

The company reportedly lost $3.2 billion in 2020 — slightly better than the $3.5 billion loss the year before — as its global occupancy rates fell to 47 percent, the Financial Times reported. Now, WeWork is considering a merger with SPAC BowX Acquisition Corp. Current WeWork CEO Sandeep Mathrani has said he expects the company to become profitable by next year.

The firm’s co-founder and former CEO, Adam Neumann — and the company’s decline — is the subject of a new film called “WeWork: Or the Making and Breaking of a $47 Billion Unicorn,” set to premiere on Hulu on April 2.

With reporting from Sarika Gangar.