Proptech and New York’s Next Mayor: An Unprecedented Opportunity Looms 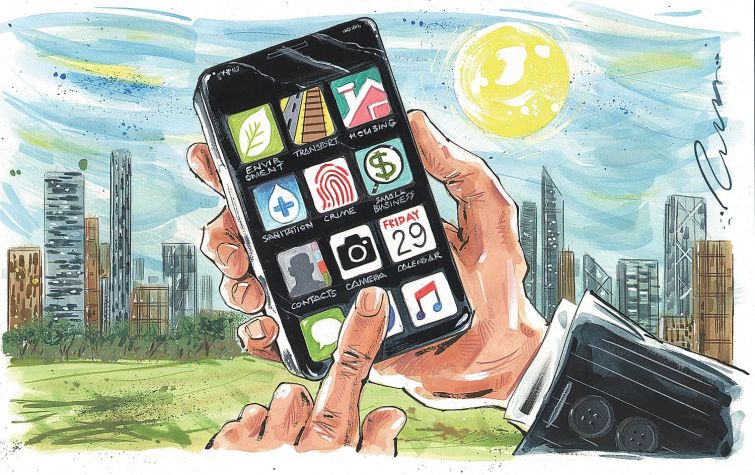 Here are just a few examples from the past few years.

The Durst Organization, along with two other real estate firms, invested $8 million in 2018 in Honest Buildings, a software platform that allows owners to manage every aspect of their projects from start to finish. And, at the start of 2021, owner Crown Acquisitions raised $200 million for a special purpose acquisition company (SPAC) in order to buy software, hardware, or operations-focused startups to enhance their own collection of assets.

As recently as early June, smart-lock company Latch went public via a SPAC sponsored by owner and developer Tishman Speyer, a move that valued Latch at $1.56 billion.

Such innovations aren’t just happening in the private sector. The city is also encouraging startups gestating at Cornell Tech and New York University to apply for pilot programs that would use their inventions to solve specific problems within publicly owned housing, warehouses and offices.

In December, too, the New York City Economic Development Corporation issued a request for proposals for partners to analyze which property technology companies could help make city buildings more energy efficient and healthier. An announcement is expected on the RFP later this year.

Other agencies, including the Mayor’s Office for Sustainability and the New York City Housing Authority (NYCHA), are considering pitches from proptech companies eager to secure lucrative contracts to modernize aging offices and housing complexes.

The result has been the promising growth of a slice of the tech sector uniquely adapted to New York’s strengths as a real estate megalopolis.

“The city is committed to supporting growing industries, and proptech is primed to address our sustainability, climate change, and public health goals,” an Economic Development Corporation spokesperson said. “The last year has shown us that a strong digital infrastructure is important to our long-term recovery, and we look forward to announcing our selection later this year.”

The potential to create thousands of well-paying jobs, while upgrading the city’s building stock and lowering greenhouse gases, should entice any mayoral candidate, but few have offered specifics on the campaign trail.

Andrew Yang, who has positioned himself as a tech-friendly candidate given his background in the industry, once pitched making personal data a property right, giving people an opportunity to collect revenue from information about them.

Ex-sanitation commissioner Kathryn Garcia has also zeroed in on inefficient heating and cooling systems in buildings, and has proposed incentivizing heat pump technologies and other building upgrades in order to meet greenhouse gas goals.

Brooklyn Borough President Eric Adams has complained about inefficiencies within city bureaucracy that could be digitized, particularly the Department of Buildings’ filing system, and encouraged tech companies to embrace diversity.

As city comptroller, Scott Stringer revised a directive allowing for more frequent upgrades for equipment and software, like cloud computing programs and tablets for the Department of Education.

And former de Blasio aide Maya Wiley gained experience handling technology initiatives after the mayor tasked her with bringing broadband service to underserved communities; but the city is only now reviewing proposals for its internet master plan, which was issued in March.

The next mayor will inherit such de Blasio administration initiatives, along with a mandate to reduce carbon emissions from the city’s building stock by 40 percent by 2030, and by 80 percent by 2050. She or he, then, will confront decisions about what proptech to use — and what not to use — to meet these and other goals.

Eyes on every phase

One of the most promising areas where proptech is providing an immediate benefit to commercial real estate stakeholders is construction management.

Property owners typically rely on their contractors to report progress made on a development, but sometimes there are delays in communication. And, if a leak occurs or a wire is installed incorrectly, it can be expensive to determine the origin of the problem.

It took a civil engineer to offer an innovative solution. Ardalan Khosrowpour developed his construction intelligence platform, OnSiteIQ, at Cornell Tech to provide owners with 360-degree maps of a job site’s floor plan over time. Inspired by Google Street View, Khosrowpour’s team originally mounted a camera on a worker, who recorded video while walking the site once a week during construction, to provide a near-real-time picture of the building’s framework and installation.

“It helps owners get visibility during construction, but they’re also getting long-term access to data efficiency for many years to help them build, maintain, and fix issues of the building,” Khosrowpour said. “The ownership may want to transfer this data to the next buyer, and the data goes to the next owner, so they know how the building is built and put together.”

Other stakeholders, including the building’s lenders, insurers and risk engineers, have clamored for the visualization data. But Khosrowpour believes his technology will be useful, too, to firefighters and Department of Buildings (DOB) inspectors, who could obtain an enhanced understanding of a building and develop an evacuation plan without having to conduct inspections as frequently.

He’s already approached the city DOB to educate inspectors about the potential of the computer vision platform to expedite inspections, which could also speed up construction calendars.

“We want to explain, ‘Hey, this tool is meant to augment your work with a visual record you can go back to,’” Khosrowpour said. “But, this is a huge undertaking and these processes don’t change overnight.”

Who’s at the door?

Other proptech startups are more focused on the needs of people living in New York City’s existing buildings, which include nearly 3.5 million units.

After testing dozens of outdated intercoms to determine their compatibility, Buzr developed a smart-home device that hooks up to a building’s existing wires and connects to its WiFi to alert tenants when a guest is at the door or what the room’s temperature is. It doesn’t have a camera yet, but Leiber and Walker are exploring how to add video.

“You download the app or get a push notification when someone rings the doorbell, open up the app, and can talk and listen, and then let them in,” Liebel said. “We can’t see them, but this is considerably more secure than what’s in a building, and now we have a record for what’s going on.”

Liebel is pitching his automatic doorman device to NYCHA officials and to rent-stabilized buildings to offer tenants a working intercom system, as well as more control over the temperature of their units. That could spur landlords to turn up the heat, or lower it in the winter, in order to maintain city-enforced minimum temperature standards.

“Buzr has a connected thermometer in the device, so that the residents and the building ownership have some visibility into what the temperature is in the building over time,” Liebel said. “A landlord not as attentive and more frugal will underheat the building based on the range, and we want to make sure residents get the service they deserve.”

The most lasting impact that proptech companies could have on the city — and perhaps the easiest way into landing a contract with it — is their ability to help reduce greenhouse gas emissions.

The first step in identifying waste is collecting and analyzing data from buildings. Semiha Ergan, an associate professor at New York University’s Tandon School of Engineering, has been studying how embedded systems play a role in the operations and maintenance of buildings. Last year, her students examined historical data on the energy use of building components and broke it down to spot patterns.

Then, they built models with pattern analysis to cluster the data in order to see how, and during which periods, a building was using the most energy.

“We could identify highly occurring configurations over the days and years, and see the corresponding energy usage pattern,” Ergan said. “We had low, medium and high consumption categories, and figured out the configurations to eventually reduce energy use of the building.”

Ergan and her team are using artificial intelligence to analyze the data in order to spot these patterns more easily, an initiative that could eventually become a startup. In the meantime, she approached NYCHA to use its buildings as test beds to determine what energy resources are available for seniors in particular.

“We’re looking at whether there is enough cooling capacity for seniors when there are extreme heat events and how air-conditioner units are deployed at a couple of buildings in the region,” Ergan said.

Once developers have such data, they may retrofit their buildings or install other technologies to reduce energy consumption.

Ryan O’Connor, president of Clinton Management, which manages 3,000 units across the city, said the company installed algorithmic boiler controls, which allow building managers to adjust how much energy each boiler sends to each unit and switch them off when necessary.

But many landlords don’t earn enough income from their properties to afford major upgrades like that. O’Connor said the next mayoral administration must step in and help owners invest in their own properties to cut the city’s fossil fuel consumption.

“Most of the city’s built environment is small landlords without the capital or wherewithal to make these improvements,” he said. “There is plenty of opportunity to deliver both greenhouse gas reductions as well as cost savings. The next bridge to get over is implementation at scale.”

Update: This article was updated to reflect the correct spelling of Tony Liebel’s name. It’s Liebel, not Lieber.