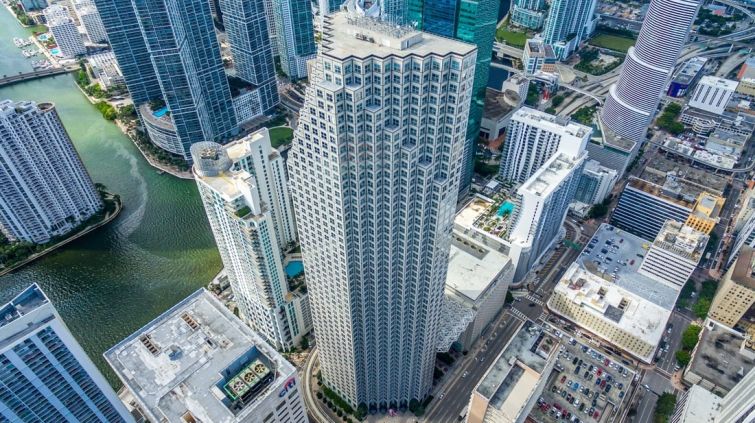 Wall Street’s hunt for Miami outposts heats up: Millennium Management, the New York-based private investment firm run by Israel Englander, is in talks for a large chunk of office space in Brickell, Commercial Observer has learned.

The hedge fund is in the market for 60,000 to 80,000 square feet in Miami, according to two brokerage sources not involved with the deal, one of whom is familiar with the discussions. The firm will be growing its presence in Miami, where it already has an office, according to Bloomberg, which first reported about Millennium’s plans in South Florida.

The firm has narrowed down its search to two Brickell office towers and is in “active lease negotiations” for the space, sources said. The properties are KKR and Parkway Property Investments’ 30-story, Sabadell Financial Center at 1111 Brickell Avenue, between Southeast 11th and 12th streets; and the 55-story, Southeast Financial Center at 200 South Biscayne Boulevard, near the intersection of Brickell Avenue. It’s unclear how far along the negotiations are, and the talks could still fall apart, the sources cautioned.

The new office will house 350 people and is slated to open in the third quarter of 2022, Bloomberg reported.

Beyond Miami, Millennium is also looking for an outpost in West Palm Beach, which would accommodate 150 employees, Bloomberg reported and a source familiar confirmed. That office is scheduled to open in the second quarter of 2022.

Make it Class A

In the past year, Florida has lured some of the country’s top companies, thanks to the state’s low taxes and pro-business government. Thoma Bravo, Point72 Asset Management, Founders Fund and Atomic, just to name a few, signed leases in Miami.

But, for now, interest in the Miami market has yet to translate into a flood of new leases. Office vacancies in Miami-Dade County climbed to 17.1 percent during the first quarter, up 4.6 percentage points from the first quarter of 2020, according to data from Cushman & Wakefield. Net absorption remained in the red at a negative 257,000 square feet. Average asking rents, however, did climb up 4.1 percent to $42.41 per square foot.

Many new tenants are gravitating towards Class A office space in Miami and West Palm Beach, as CO previously reported.

“To say there’s plenty of office space is one thing. The amount of good office space is another thing,” Andrew Easton, vice president of The Easton Group, a Miami-based commercial real estate firm, previously told CO. “These [new-to-market] guys want the corner office facing the water. There is not a lot of that. It’s still hard to find quality, water-view, Class A stuff in Miami. That’s what a lot of these guys want who are coming in.”