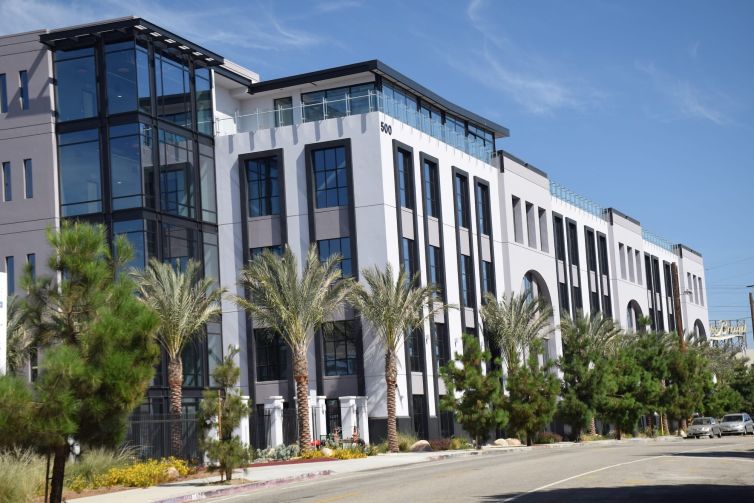 Action and interest in the Arts District of Downtown Los Angeles appears to be headed back on track.

Cushman & Wakefield, which announced the sale, said it’s a major sign of recovery for Downtown L.A. offices as the city faces record levels of vacant and sublease space following the pandemic.

“The headlines for the past year for the future of office have been somewhat bleak, but the sale of The Switchyard is a pivotal moment for enthusiasm and a sign that the recovery is in fact here as evidenced by the amount of institutional investor interest in the portfolio,” Mike Condon Jr., vice chairman at Cushman & Wakefield, said in a statement. “This closing dispels many of the unfounded fears that office investment would not return at the quickened pace we are seeing.”

The Arts District, which was an unknown warehouse district a decade ago, has been under a transformation and redevelopment boom, and recently attracted some of the activity for Downtown L.A. Atlas Capital Group announced plans for a $650 million soundstage campus near the Arts District, and also owns the ROW DTLA office redevelopment nearby. Continuum Partners also recently submitted plans for a $1.5 to $2 billion project with more than 400,000 square feet of office space, a hotel, and 1,500 multifamily units.

Other major projects include a 113,000-square-foot office project underway by development firm Lowe between Santa Fe Avenue and the L.A. River. And a half-block from that project, the parent company of Warner Music Group acquired the 255,000-square-foot Ford Factory adaptive reuse project last year for $193.5 million. The first quarter of 2021 also saw the start of construction on the 475-unit AVA Arts District at 7th and Alameda, and a new, proposed office project with 450,000 square feet of office space from Hines that would rise next to the former Ford Factory, according to a recent report by the Downtown Center Business Improvement District. The Arts District’s first high-rise development, a mixed-use building with 475 apartments and more than 100,000 square feet of office space by Carmel Partners, is also underway.

“The most challenging aspect of selling and valuing vacant or value-add office assets for repositioning through the pandemic has been the lack of leasing data that can assist underwriters on getting to pricing. Questions like, ‘Where are rents? What concessions have changed? How much demand is there?’ were all unanswered, and it was a bit of crystal ball-ization to predict where pricing should shake out until recently,” Dawson said.