Hollywood-style lot would add 17 soundstages and 212,300 square feet of offices 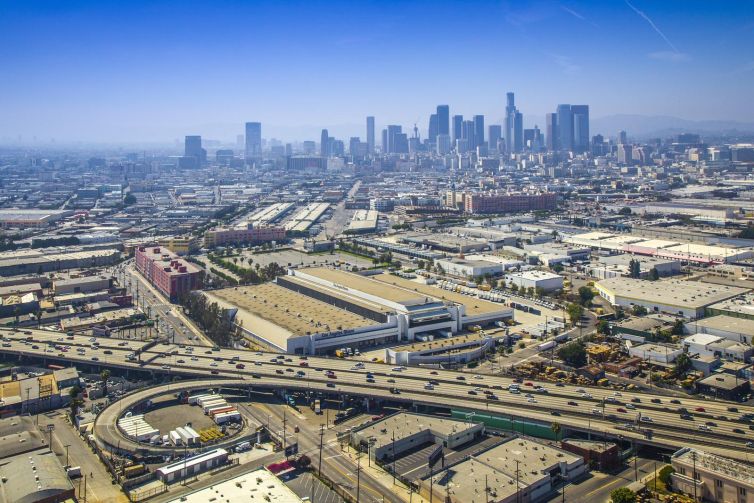 No, it’s not a misprint — there really is another new massive studio development planned in Los Angeles.

Atlas Capital Group is the latest to extend what is now a generation-defining streak of headline-stealing deals and expansion projects for new production facilities in the top entertainment hub of the world. The Los Angeles Times reported that Atlas, the owner of the L.A. Times’ printing plant in Downtown L.A., filed plans with the city to redevelop the newspaper’s site into a $650 million, “Hollywood-style” studio lot with 17 soundstages and 212,300 square feet of offices.

The Times said its current lease on the printing plant ends 2023, but it may be extended until 2033. The studio project will rise around the plant until a second phase when the L.A. Times vacates, at which point it will also be converted into soundstages. Atlas acquired the 648,000-square-foot property at 2000 East 8th Street from Harridge Development Group for $241.2 million in 2019, property records show.

The New York-based firm hopes to start work in spring 2022 on the first phase of the project, which would take about two years to complete. Atlas also owns Row DTLA, which it is redeveloping into offices, restaurants and retail near the Times printing plant, as well as a creative office campus in El Segundo, Calif.

The project adds to the influx of proposed plans for content creation space that’s mounting at an unprecedented rate, even by L.A.’s standards.

A joint venture between Bain Capital Real Estate and BARDAS Investment Group filed plans with the city earlier this month to build a $450 million soundstage project in Hollywood, and last month, Quixote Studios signed a lease for almost 124,000 square feet in the San Fernando Valley where it will convert 95,400 square feet of industrial space into four soundstages.