The Los Angeles-based firm closed more than 524,000 square feet of office leases in the first quarter — almost double their leasing activity over the past five quarters 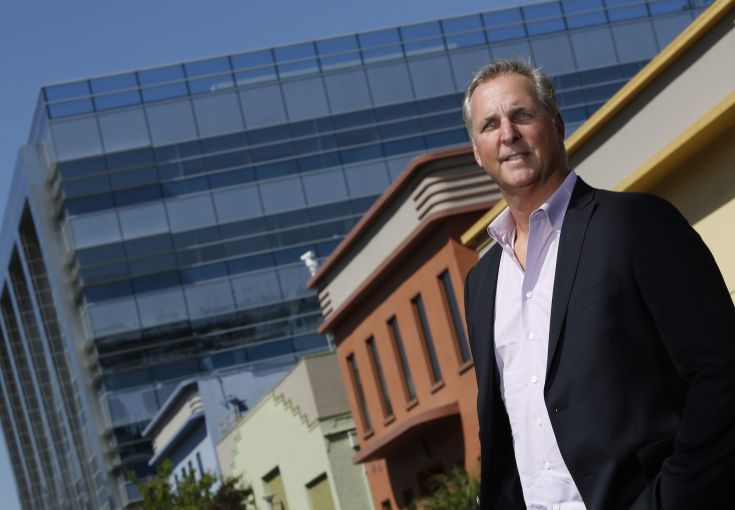 After posting losses in the second half of 2020, Hudson Pacific Properties (HPP) today announced that business is back to rolling at pre-COVID levels.

The West L.A.-based REIT collected 98 percent of rents during the first quarter, including 99 percent from office tenants, and 100 percent from its studio and soundstage portfolio. The firm is also successfully collecting essentially all previously deferred rents due for payment, said Victor Coleman, HPP’s chairman and CEO, during the company’s first quarter earnings call today.

HPP locked in leases for more than 524,000 square feet of office space in the first three months of the year. That’s almost double its leasing activity over the previous five quarters combined, according to Arthur Suazo, executive vice president of leasing. Two lease renewals in Palo Alto, Calif., with Google and Lockheed Martin Corp. accounted for almost half of the total activity for the quarter.

Other recent leases included a deal with Company 3, which signed for 70,285 square feet through March 2033 at the Harlow office building in Hollywood. HPP also acquired a property at 1918 Eighth Avenue in Seattle, where Amazon recently expanded its lease through September 2030.

“With a growing percentage of the population vaccinated and case numbers declining concurrently, companies are formalizing and even accelerating plans to return to the office,” Coleman said, “Both our first-quarter leasing activity, in terms of volume, and our current leasing pipeline — that is, deals in leases, LOIs or proposals — are back on par with our long-term averages.”

Hudson Pacific’s revenue from its office portfolio jumped 3.1 percent to $192.1 million in the first quarter.

Coleman said the firm’s total development pipeline totals more than three million square feet. That includes studio-related projects, which account for about 40 percent of the projects, and the nearly 600,000-square-foot One Westside, located on the Westside of Los Angeles, which will be completed in the first quarter of next year and is pre-leased to Google.

“We’re poised to outperform in a recovery due to our exposure to the dynamic tech and media industries … inclusive of our unique ability to operate and redevelop studio assets,” Coleman said.

HPP said tenant space planning hasn’t changed much compared to pre-COVID strategies and material designs. Tenants are actually bringing less improvement costs to Hudson, and not using it to change their space due to COVID. Coleman said he toured a Netflix office property this week where employees are now moving in, after delaying their move since last summer due to the pandemic. Coleman explained that a space in the office that was previously designated for six people is now used by just three staffers. They left the same desks in, but spread people out in the same amount of space.

“More open space or office space that has room for conference facilities seems to be in demand,” Coleman said. “They’re spending fewer tenant improvement dollars because it was built with flexibility in mind to begin with.”

Suazo added that they haven’t seen anyone pull plans because they want to rethink their office space. Instead, they are seeing solutions in the interim that are providing more flexible solutions.

On the studio side, HPP’s soundstages are about 90 percent leased. Total revenue increased 5.9 percent to $21 million, which stems from the resumption of production activity, largely at Sunset Gower and Sunset Las Palmas, as stay-at-home restrictions eased. However, total operating expenses increased 7.5 percent to $11.5 million, due to the same increase in production activity.

The firm posted net income attributable to stockholders of $5 million. Compared to the first quarter of 2020, revenue increased 3.3 percent to $213.1 million. The REIT has $1 billion in total liquidity, and no material maturities until 2023.

Coleman said HPP is looking at more potential acquisitions, including new office and studio space. The firm is vying against Hackman Capital Partners and Square Mile Capital Management in their bids to buy the five-acre Kaufman Astoria Studios in New York.

“We still have plenty of capital to pursue growth opportunities and run our existing portfolio,” Hudson’s CFO Harout Diramerian said.