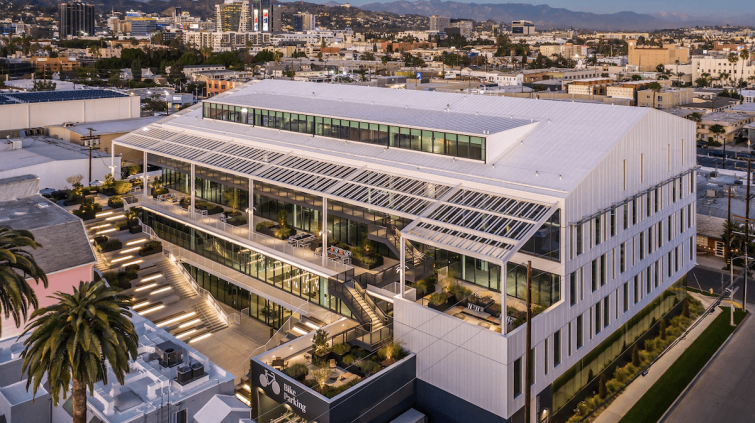 Company 3 signed an 11-year lease for 70,285 square feet, taking up more than half of the 130,000-square-foot property at 1001 North Seward Street. The firm is expanding its footprint in L.A., where it fully occupies HPP’s 3401 Exposition Drive in Santa Monica, and is expected to move in during the second quarter of 2022.

Company 3 is the first tenant to occupy the Harlow, which was completed in the third quarter of 2020, said Meryl Vissel, manager of communications at HPP. She declined to provide asking rents for the space.

HPP is seeking other tenants for the four-story office building designed by L.A.-based design firm RIOS, which is located next to HPP’s Sunset Las Palmas Studios. The complex is jointly owned by HPP and Blackstone, following HPP’s sale of a 49 percent stake in its $1.7 billion Hollywood Media Portfolio to Blackstone last summer.

The building includes a double-story mezzanine with 28-foot high ceilings, expansive terraces on every floor and greenhouse-inspired architecture. Harlow’s operations are 100 percent carbon neutral and certified by Fitwel Viral Response, according to a company statement.

“Harlow is now over 50% leased and we have strong interest in the balance of the building,” said Victor Coleman, chairman and CEO of HPP, in the statement. “This underscores the resiliency of demand particularly for our assets and locations as companies plan for and commence a return to the office and productions run full-steam ahead.”