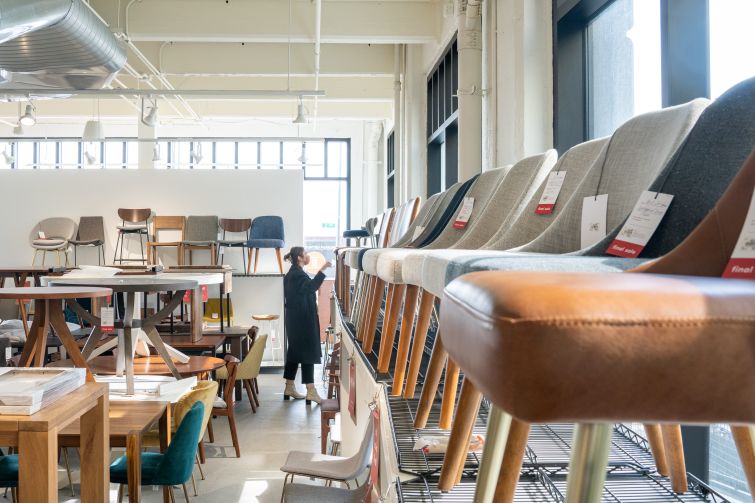 West Elm just opened its new outlet store at Industry City in Sunset Park, Brooklyn, where it has operated its design and prototype shop for several years. Photo: Industry City

The 15,000-square-foot outpost will feature work that comes out of West Elm’s 113,000-square-foot “Maker’s Studio,” which is also located in Industry City. The Maker’s Studio houses the company’s design and development team, and includes equipment for creating prototypes of furniture, textiles and pottery. It first opened in 2015.

West Elm’s new retail store, which opened on Monday, joins several other home goods retailers in Industry City, including Design Within Reach, Restoration Hardware and ABC Carpet & Home. It signed a three-year lease for the space, according to Industry City’s owners, who declined to provide asking rents for the deal.

“West Elm is a Brooklyn-born brand, and it is only fitting that they open their first NYC-based outlet at Industry City,” said Jim Somoza, director of development for Industry City.

The company is headquartered a few miles north, at Empire Outlets in Dumbo, where it also operates a large retail store.

Jamestown, Belvedere Capital and Angelo Gordon & Co. own the 6 million-square-foot Industry City complex, which has a mix of retail, industrial and office tenants.

Ariel Schuster of Newmark and Michael Friedman of Inline Realty represented West Elm in the lease negotiation, while Chase Welles of SCG Retail represented the landlord.