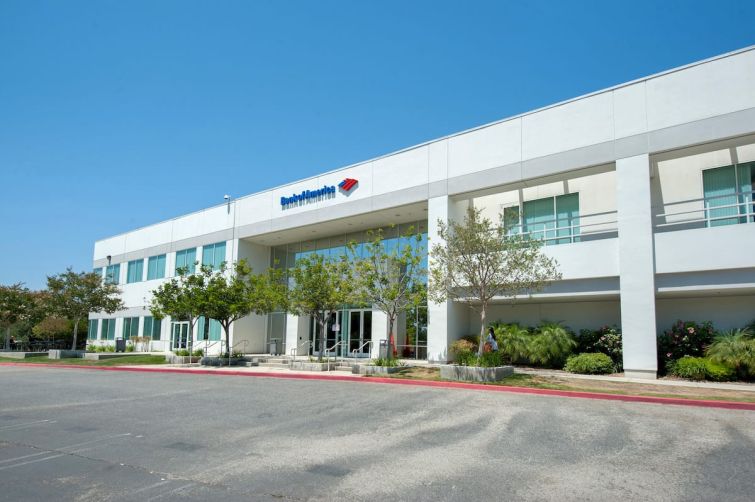 The property spans more than 12.5 acres at 450 America Street. photo: courtesy of Newmark

A subsidiary of Griffin Capital Essential Asset REIT sold an office with more than 206,900 square feet in Greater Los Angeles to Top Terraces for $30 million. The property in the city of Simi Valley is fully leased to Bank of America.

Newmark represented Griffin Capital and announced the sale. The brokerage said the North L.A. office submarkets maintained an 11.3 percent vacancy rate in the third quarter of 2020. Similar to the residential exodus from L.A. to outer suburban areas, increased tenant migration to the greater Conejo Valley has been driven by sharp increases in rental rates for office space throughout the L.A. basin.

“The North L.A. submarkets have seen tremendous growth over the past decade, most recently with Amazon taking 290,000 square feet adjacent to 450 American [Street], placing this investment directly in the path of progress,” Shannon said in a statement.

Griffin Capital’s portfolio consists primarily of single-tenant properties throughout the country. About one year ago, the firm sold a 151,300-square-foot office building in El Segundo to SteelWave for $63.5 million. In late 2017, a different entity tied to Griffin sold the former DreamWorks Animation campus, which is now owned by Comcast, for $290 million.

Office sales activity has picked up the past couple of months in Greater L.A. Skanska USA announced that it acquired a property on Wilshire Boulevard in Beverly Hills, and plans to build a 44,000 square feet of office space. Also, Commercial Observer first reported both that Lendlease acquired a $92 million property near Culver City with plans to build a $600 million complex and that Lincoln Property Company acquired an office in Hollywood for $186 million.