Invesco provided $141 million in financing for the 244,000-square-foot property 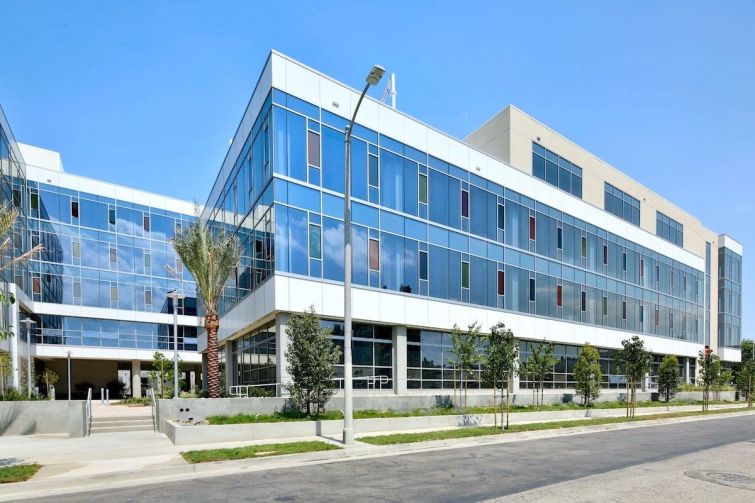 Goldman Sachs and Lincoln Property Company (LPC) have made a new blockbuster acquisition in the Hollywood Media District of Los Angeles, adding to the uptick in major office deals in the area to close out the year.

The two firms will pay approximately $186 million for the Hollywood 959 office campus developed by JH Snyder Co., Commercial Observer has learned. Three sources familiar with the deal confirmed the transaction, and a data report from an analytics firm also revealed the acquisition.

Invesco Real Estate provided $140.7 million in financing for the transaction, sources said. All parties involved were not immediately available to comment.

The property includes two buildings with about 244,329 square feet at 959 Seward Street. It’s located just south of Santa Monica Boulevard and across the street from Sunset Las Palmas Studios, owned by Hudson Pacific Properties. It’s also located near Paramount Studios, The Lot Studios, and Television Center, as well as other premier media and tech office properties.

JH Snyder completed the development in 2016. A fourth source familiar with the owners said they tried to recapitalize the property last year but failed to do so.

Tenants include Serendipity Labs, Formosa Group and Bold Films. The mobile streaming firm Quibi had signed a 10-year lease for 49,000 square feet in 2018, the Los Angeles Times reported. But a source explained the company left the third and fourth floors this year after shutting down in October.

Deluxe Entertainment also listed nearly 47,000 square feet in the property for sublease, according to Los Angeles Business Journal. Sublease availability across L.A. continued to increase this quarter, rising 16.5 percent since September and 65 percent since the onset of the pandemic, according to JLL data.

Past leasing marketing materials for Hollywood 959 show the landlords were asking $5.35 per square foot per month. That’s above the $5 average asking rate for Class A space in Hollywood. Greater L.A. averaged about $3.82 per square foot in the third quarter, according to Cushman & Wakefield.

Despite the devastating year for commercial real estate across all sectors, Hollywood has stood out, garnering unprecedented studio and office deals in 2020. Gaw Capital USA and DJM announced a $100 million makeover of the iconic Hollywood & Highland shopping center this year, which will include 100,000 square feet of creative office space. And the deal of the year for L.A. hit in the summer, when CO reported that Blackstone made a $1.65 billion joint venture with Hudson for its massive office and studio portfolio in Hollywood.

LPC is also ending 2020 with one of the more notable active streaks of the year. Earlier this month, the firm and Rockwood Capital announced that they sold a 22-story office tower in Downtown L.A. for $196 million. Last month, LPC and Northwood Investors sold the Colorado Campus in Santa Monica for $166 million.