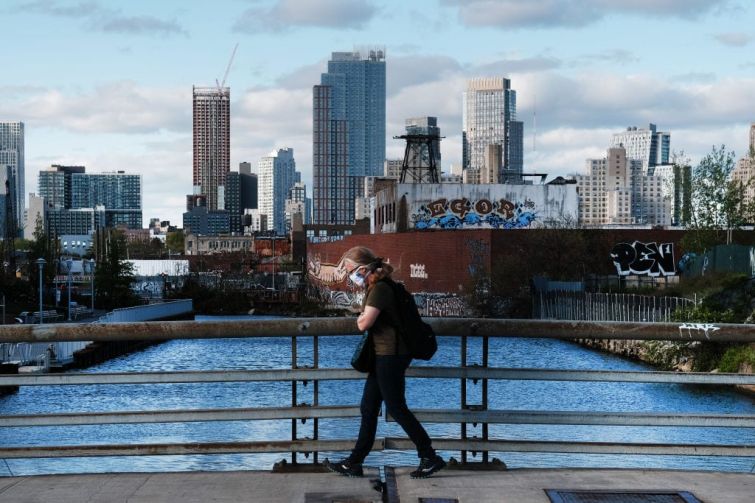 The coronavirus pandemic has led many to posit it could be a shot in the arm for Brooklyn’s sluggish office market — as companies look to relocate from Manhattan to be closer to their workforces and save money — but so far the deals haven’t really come.

In the second quarter of this year, Brooklyn office landlords netted only 155,000 square feet of leasing activity across the borough, a nearly 80 percent drop from the 800,000 square feet leased in the first quarter, according to JLL.

And things aren’t looking much better in the third quarter. So far, the borough could be looking at a nearly 50 percent drop compared to the second quarter, but there’s still nearly a month left in the quarter and deals are still coming in.

“We’ve seen a lull in office leasing activity in Brooklyn as a whole,” said Sarah Bouzarouata, a research analyst at JLL. “The summer months are traditionally pretty slow. That combined with the fact the city was facing restrictions means it’s only natural that we’ve seen subdued activity.”

“These are the major categories that, through thick and thin, have always been a large part of what has driven demand in the Brooklyn market,” he said. “You absolutely had that tried and true tenant roster continue during the pandemic.”

These include New York State Department of Taxation and Finance taking 98,927 square feet at 15 MetroTech Center in the second quarter, Goodwill renewing its 31,000 square feet at the nearby 25 Elm Place, and charter school BASIS Independent inking a deal for 62,000 square feet at Downtown Brooklyn’s City Point development in August.

The borough has also seen an influx of sublet availability. About 60 percent of Brooklyn’s total available sublet space was added after the coronavirus hit the city, with the majority coming from Downtown Brooklyn, according to JLL.

“It’s something that the market as a whole is going to be grappling with, this excess sublet space,” Bouzarouata said.

But even as more sublet space hits the Brooklyn market, it’s actually faring better in that department than Manhattan. In the second quarter of this year, offices for sublet only made up about 8.9 percent of all available Brooklyn space, a far cry from the 23 percent of available Manhattan office space it comprises as of August, the greatest share since 2010, according to Colliers.

“It’s fair to say that the Brooklyn market is entering this pandemic with relatively low sublet availability, especially when compared to Manhattan,” Wallach said.

There haven’t been any major companies officially announcing a relocation from Manhattan to Brooklyn during the pandemic, but there has been one notable example of a tenant fleeing back across the East River.

Rent the Runway put its 80,000-square-foot 10 Jay Street space on the sublease market, a little more than a year after it made waves when it rented the Dumbo office, The Real Deal reported last week. The company’s still planning on keeping its 345 Hudson Street offices in Manhattan, according to TRD. However, Ted Koltis, the president of Colliers’ Eastern region agency and consulting practice, doesn’t see it as a sign tenants are giving up on relocating Brooklyn.

“Rent the Runway is clearly a very retail-focused type of business that’s having trouble elsewhere,” Koltis said. “I don’t think that’s a reflection of the Brooklyn market.”

While the deals haven’t started flying in the borough, brokers have anecdotally reported an increase in the number of companies considering an office in Kings County.

“I’m hearing tenants look at New Jersey, Downtown Manhattan and Brooklyn as a single option to pick,” Koltis said. “That just talks about how Brooklyn has developed as a market that has to be considered when you’re looking at space. The river isn’t such a hard border anymore.”

Koltis added that interest seems to be most focused on newer construction — something the borough isn’t lacking in — because of its larger floor plates and features important in a post-COVID office environment that emphasizes social distancing and hygiene.

Brooklyn currently has 2.31 million square feet of new construction or redevelopment projects in the works, with another 635,000 square feet of office space undergoing major renovations, according to a report from CBRE.

Recent projects include JEMB Realty’s One Willoughby Square in Downtown Brooklyn, Two Trees Management’s 10 Grand Street in Williamsburg, and the Rudin family and Boston Properties’ Dock 72 in the Brooklyn Navy Yard (which has yet to announce a single tenant since it opened in October aside from WeWork).

And one of those new projects gave Brooklyn’s office market a boost just last week. E-commerce giant Amazon — which has been plotting new offices around the country during the pandemic — signed a lease for 40,000 square feet in Rubenstein Partners and Heritage Equities’ 25 Kent development in Williamsburg to open recording studios for its music-streaming service, Business Insider reported. That’s after the development already nabbed popular streetwear brand Kith as an anchor tenant.

“When you’re still hearing deals like Amazon get done at new construction,” Koltis said, “that bodes pretty well for Brooklyn.”