Nearly One-Fourth of Manhattan’s Available Office Space Is Up For Sublease: Report 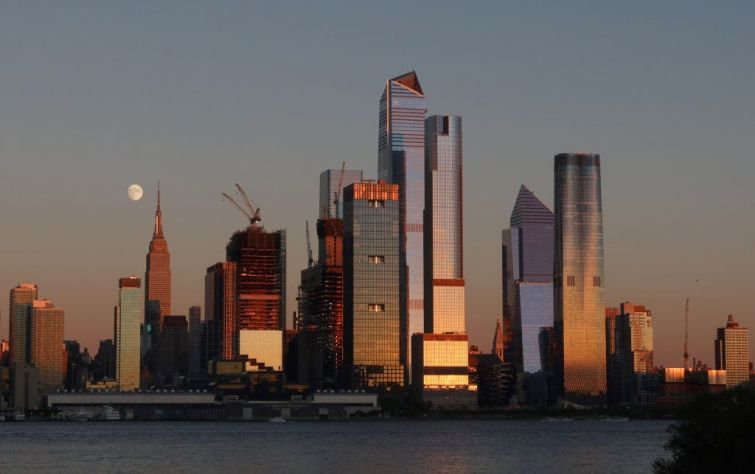 More of the Manhattan office market is available for sublet now than at any time in the past decade, according to a report from Colliers International.

The office market’s overall availability rate also saw a 0.8 percent jump from July to August to 11.8 percent, the highest rate since 2013, according to the report. Despite activity such as Facebook inking a 730,000 square foot deal at the Farley Post Office last month, leasing nearly halved from July to August and absorption was a negative 3.84 million square feet.

“There were certainly deals that closed, but not enough to counter it,” said Franklin Wallach, a senior managing director of Colliers’ New York research team. “Unless demand picks up once everybody is back from Labor Day, then it seems unlikely, but not impossible, to stop the trend of availability increasing across the Manhattan market.”

The amount of sublet space added in Manhattan tends to be lower in August, as companies delay putting offices up for rent until after Labor Day, which is on Sept. 7 this year, Wallach said. However, the coronavirus pandemic upended that trend with many waiting for months for in-person showings to resume before listing spaces on the market, leading to the increase last month.

“Many tenants were saying ‘We’re not going to put any space on the market when non-essential services are shut down,’ ” Wallach said.

Wallach added that when the amount of sublet space climbs past 25 percent — which it did during the previous two recessions — that’s when the city starts dealing with a “glut” of it that “really competes with direct space.”

Wallach said many are waiting to see if demand picks up after Labor Day. But the office market still faces a lot of challenges.

A survey of 15 major companies, which employ a combined 2.6 million people in the country, found that 57 percent decided to postpone returning to the office until after Labor Day. Some corporations have floated the idea of cutting down on their portfolio after seeing the success of remote work during the pandemic.

New York City moved the start of school from Sept. 10 to Sept. 21 — forcing some workers with kids to stay at home longer — while the Metropolitan Transportation Authority is warning of doomsday cuts to reduce subway and bus service by 40 percent unless the federal government pumps $12 billion into the agency.

“The subways and the trains are the lifeblood of the office market,” Wallach said. “Imagine the impact it will have if there’s not reliable service.”

It’s not all doom and gloom for Manhattan’s office market. A report from Cushman & Wakefield found that 70 percent of Generation Z workers and 69 percent of millennials reported challenges working from home and were itching to get back to the office. And giant tech companies like Facebook and Amazon — which recently announced plans to open a 2,000-employee office on Fifth Avenue — committing to the city could mean others will follow.

“In different industries, everybody follows the leader,” Michael Mathias, an executive managing director at Savills, previously told Commercial Observer. “What they do and their plans on work from home and return to the office is absolutely impacting the way others respond.”

Plus, not every bit of sublet space added to the market means companies have shut down or ditched their offices, oftentimes they just simply moved to a different space.