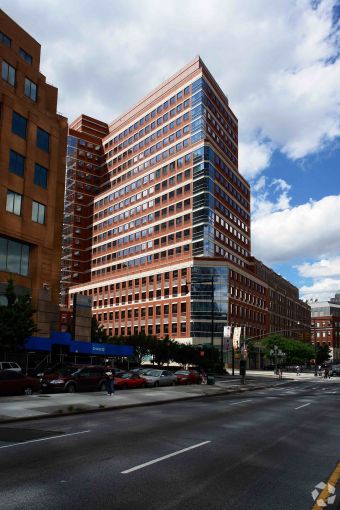 The New York State Department of Taxation and Finance recently inked a deal for nearly 100,000 square feet of office space at 15 MetroTech Center in Downtown Brooklyn, according to information from CBRE and CoStar Group.

The agency inked a ten-year, 98,927-square-foot lease on the second and fourth floors of the Brookfield Properties-owned building in Downtown Brooklyn. CBRE’s Mary Ann Tighe, Howard Fiddle, Evan Fiddle, Evan Haskell and Eric Sears handled the deal, along with Jesse Cooperman and Ross Hoddeson of Brookfield’s in-house leasing team. The agency is scheduled to move into the space on July 1, per CoStar. Asking rent for the space wasn’t disclosed.

The two floors are currently occupied by Empire BlueCross BlueShield, which is significantly reducing its footprint in the building. CoStar indicates that the insurance giant will shrink from 380,084 square feet to 35,145 square feet in the 19-story building at the end of May.

“Even during this uncertain time, MetroTech continues to attract tenants across sectors because of its best-in-class office spaces, ideal location, access to transit, and community,” said Alireza Esmaeilzadeh, senior vice president of asset management and leasing at Brookfield Properties, in a statement. “Following its acquisition of MetroTech, Brookfield Properties is in the process of repositioning the campus in its signature placemaking style, including new amenities for tenants, cultural programming through Arts Brookfield in the public open space, and more.”

Media company Slate Group, which is responsible for the Slate website and podcasts, signed a direct lease in the building last year after years of subleasing from Tough Mudder.