Demand for production space has remained rampant in L.A. since the pandemic hit 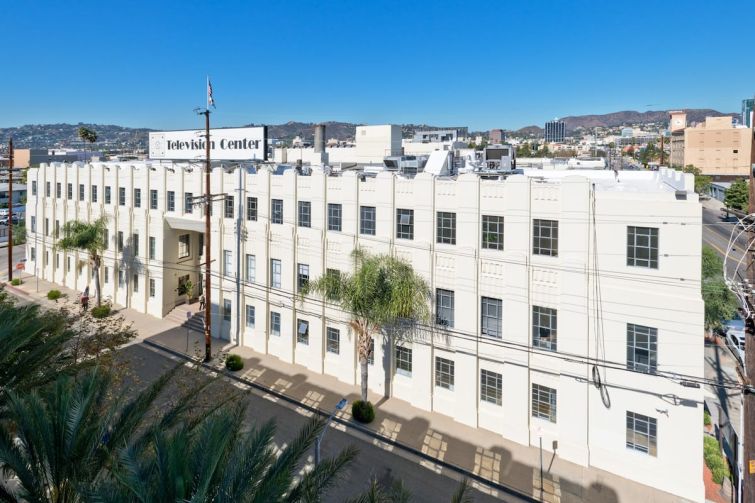 Another movie studio has been sold in Los Angeles, adding to the string of recent blockbuster trades for filming space in the world’s showbiz capital.

BLT Enterprises announced it acquired the 200,000-square-foot Television Center complex in Hollywood for $64 million. Property records show that it was owned by an entity tied to Bixby Bridge Capital LLC. The 6.4-acre campus will be renamed the Hollywood Media Center.

It was built in the 1920s and was the original headquarters for Technicolor and the studio lot for Metro Pictures Corp., which became Metro-Goldwyn-Mayer (MGM). Technicolor’s processing lab handled classics such as The Wizard of Oz, Singin’ in the Rain and The Godfather, Part II. It’s located at 6311 Romaine Street, between Cahuenga Boulevard and Cole Avenue, just south of Santa Monica Boulevard.

“This was a once-in-a-generation opportunity to acquire an asset of this scale in the Hollywood Media District, which is undergoing a renaissance with the convergence of media and technology companies,” Bernard Huberman, founder and president of BLT Enterprises, said in a statement. “… We accept the passing of the baton, and will continue the property’s evolution to attract more TV, film and digital production tenants from both traditional and streaming media companies, as well as innovative tech and design professionals.”

Demand for filming space has been rampant in L.A., bolstered by rapidly expanding streaming services like Amazon and Netflix, which has led to increasing rents. For instance, Hudson Pacific Properties has seen a 20-percent increase in rent at its Hollywood studios over three years, according to CBRE research. The region’s creative industries comprise 15 percent of the area’s employment base, and several studios have reported plans to expand to seven-day schedules due to a backlog created by shelter-in-place orders over the past four months.

Last week, Boston Properties acquired a 50 percent interest in the Beach Cities Media Campus development that is entitled for approximately 275,000 square feet of creative office space, and a 66,000-square-foot studio and production building. And on Monday, Blackstone announced it closed its blockbuster joint venture with Hudson Pacific, which will recapitalize three Hollywood studios and five office properties, totaling 2.2 million square feet, at a gross portfolio valuation of $1.65 billion. Netflix is the portfolio’s largest tenant, leasing over 700,000 square feet of office space, in addition to long-term leases for stages and production space.

Despite the pandemic, Santa Monica-based BLT has been active in Southern California this year with multifamily, office, industrial and life sciences properties.

“Some people, including ourselves, are questioning our sanity,” said Robert Solomon, chief development and legal officer for BLT Enterprises, jokingly. “The real answer is, BLT has been buying real estate consistently since 1991 … And it’s hard to make a decision to buy a property when the market is on a downturn, and it’s hard to buy properties when the market is going up. So we don’t time the market. We buy in what we think is a boom-and-correct market in coastal Southern California, not a boom-and-bust market.”

Earlier this year, BLT acquired another production site and a creative office in Hollywood for about $20 million, and last summer, the firm bought four sound stages at Ben Kitay Stages nearby. Now with the Television Center acquisition, BLT owns more than a quarter million square feet of office, production and studio space in Hollywood, with opportunities to expand the portfolio with approximately 200,000 square feet of untapped development.

Solomon told Commercial Observer that BLT Enterprises started as a waste and recycling management company, and entered the real estate market nearly 30 years ago. The firm is primarily focused on logistics properties, but the firm has been expanding its portfolio with other asset types in new markets.

“[Television Center], like some other Hollywood properties we bought … in a lot of ways, they’re logistics based businesses for the entertainment industry. So it’s an industrial property for the entertainment, media and tech industries that need to create and distribute their content,” Solomon said.

BLT was represented by Brad McCoy, Dave Wilson and Aaron Wilder of Lee & Associates. They are also acting as advisors on leasing, repositioning and development opportunities at the future Hollywood Media Center, and at BLT’s other Hollywood, Santa Monica and West L.A. projects.

Update: This story has been updated since publication to include additional comments from BLT Enterprises.