The entitled project traded for nearly $14 million, and calls for 119 units 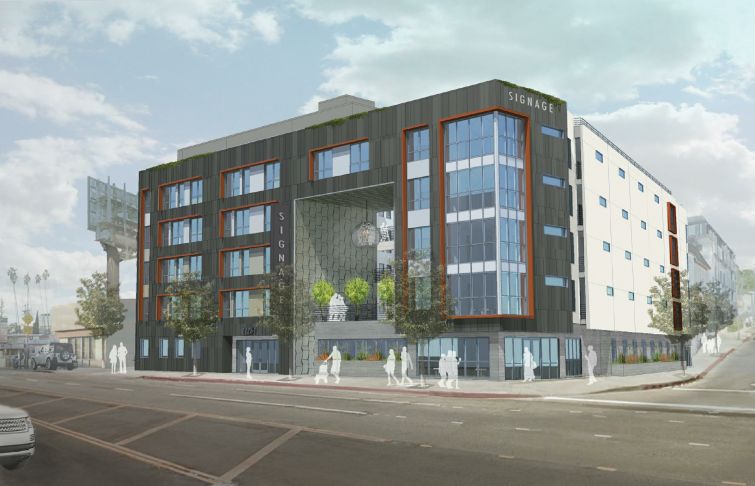 BLT Enterprises sold the former gas station and parking lot, which will be redeveloped into a 119-unit multifamily community including 17 units designated for low-income housing. rendering: BLT Enterprises

BLT Enterprises has sold an entitled conversion project that is set to become a new six-story, 119-unit multifamily project in West Los Angeles.

BLT Enterprises secured approval for the project earlier this year through L.A.’s Transit Oriented Communities (TOC) program, which gives incentives to developers who build affordable units near public transportation stops. The project calls for 17 units to be dedicated as affordable housing. There will also be a gym, outdoor patios and barbecues, and community gathering areas.

BLT purchased the site at Santa Monica Boulevard and the southbound off-ramp of the 405 Freeway in 2007 for $6.3 million. The firm started the entitlement process in 2017 with land use counsel Dale Goldsmith with Armbruster Goldsmith & Delvac LLP, and KFA Architecture.

“This asset is located at the gateway to West Los Angeles, a dynamic sub-market where multifamily-entitled properties are in high demand with developers,” said Bernard Huberman, founder and president of BLT Enterprises, in a prepared statement. “Entitling properties in this competitive market requires a significant investment of time and financial resources.”

Southern California continues to see demand for projects that have been survived the entitlement process, which developers and investors say is becoming too costly and time-consuming. For example, earlier this month, Skanska USA announced it purchased a shovel-ready development in Beverly Hills with plans to replace a retail property with an approved office development.

The TOC program has become popular among multifamily developers since it was introduced two years ago. Between October 2017 and September 2019, nearly 17,700 discretionary units have been proposed through the TOC program, and 20 percent are affordable, according to the city’s housing department.

Meanwhile, West L.A. has mostly been defined by office conversions rather than multifamily as of late. The small neighborhood has been in the headlines since the start of 2019 thanks to Hudson Pacific Properties and Macerich nabbing Google for its massive 584,000-square-foot office development at the former Westside Pavillion. GPI Companies followed when it announced it will add 230,000 square feet next door to Google’s future site.

Santa Monica-based BLT Enterprises was founded in 1984, and the firm has developed or acquired more than $2 billion in assets to date, including industrial, office, retail, mixed-use and special-use properties. The firm specializes in acquisition, entitlement, development, and property management. In May, an affiliate of BLT Enterprises purchased the Ben Kitay Stages in Hollywood.