Industry Experts Barrack, Penner Sound Off on the Coronavirus Crisis 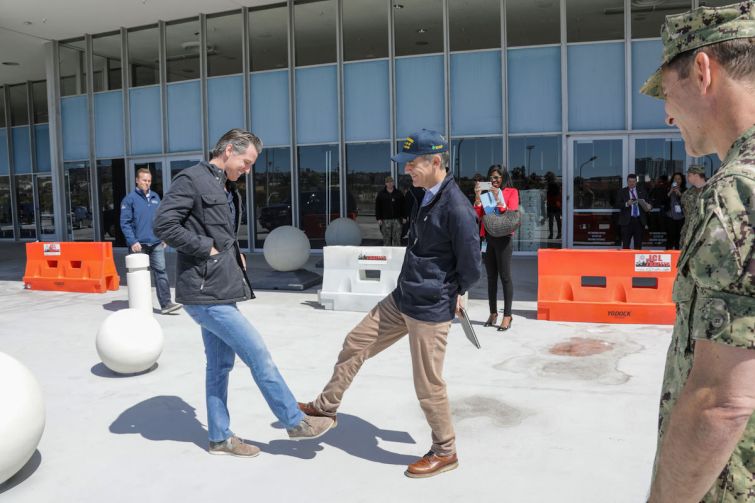 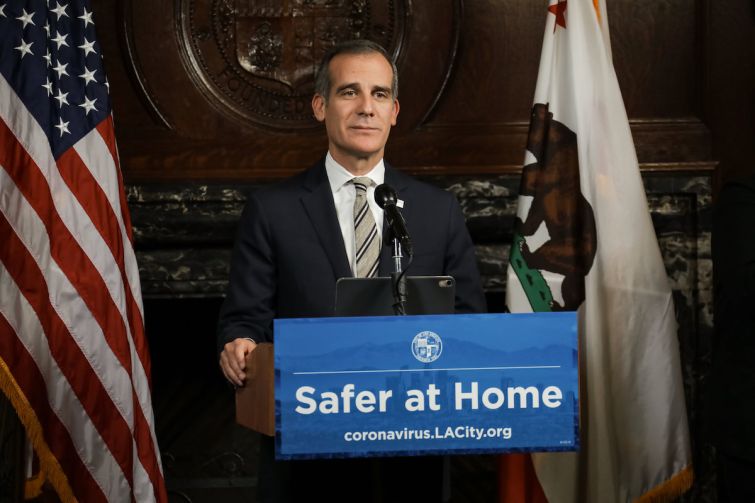 California, like many other states, has shut down its economy to slow the spread of the coronavirus, causing heightened volatility in every market and uncertainty as to how long it will last.

Executive orders and unprecedented measures from state and local officials are mounting almost every day, adding layers of consequences to real estate markets and the rest of the economy. With a rapidly changing landscape, industry leaders and policymakers alike emphasize there is no playbook for such an epidemic, because few if any situations in recent history include both overall shutdown and immediate government intervention into real estate and financing.

After announcing relief programs for mortgage and rent payments and different tenant protections, officials like California Gov. Gavin Newsom and Los Angeles Mayor Eric Garcetti are estimating at least two months of a shutdown, though no specific date is set for a reopening. That leaves the real estate industry wondering if that time frame could be extended. They’re worried about how much it will stall the markets, what kind of deals or projects can and should be completed, and what it will take to survive the next few months or to be able to recover shortly thereafter.

The week started with a call for help from industry heavyweight Thomas Barrack, the CEO of L.A.-based Colony Capital. He stressed the need for liquidity, and said commercial mortgages were on the brink of collapse. He also said policymakers and industry leaders should help enable mortgage REITs and debt funds to restructure with borrowers. Barrack predicted a “domino effect” if banks and lawmakers don’t help borrowers from defaulting, and he warned inaction “could dwarf the impacts of the Great Depression.”

Those calls were answered shortly after, when the Federal Reserve announced a suite of lending packages to address liquidity issues. The Federal Reserve also committed to more than $1 trillion of U.S. Treasury purchases to help bolster the economy and ensure capital markets do not lock up. The fund went to the 0-0.25 percent range, where it was through much of the Great Recession.

Ethan Penner is co-founder and CIO of L.A.-based Mosaic Real Estate Investors. He said the Federal Reserve’s “unprecedented commitment to doing whatever it takes” to support the market and ensure there’s adequate credit to build a recovery “will win the day.”

“There’s an old line — ‘don’t fight the Fed.’ And that will be proven again with this,” he told Commercial Observer. Penner said “one can only hope” the market correction will thin the herd for weak debt funds.

“I think that’s the natural cycle,” he said. “I also love the line, ‘Don’t hate the player, hate the game.’ It’s very easy for people to look at what has transpired now with the benefit of the early 2020 hindsight, but you can see some really bad decisions were made on credit. Bad decisions were made on leverage, caused by competitive pressures that move the market. … That’s how you get to a place where we are now, with entities that can’t sustain a hiccup in the market, and many people suffer.”

From a credit standpoint, Penner said L.A. is not in a particularly bad place as compared to New York, which he said has seen bad real estate loans and over-leveraging for the last three to four years.

Justin Thompson, real estate partner with Nixon Peabody, told CO there aren’t any comparable situations or crises to reference; one in which the government steps in with blanket moratoriums on evictions. He said the closest comparison is the downturn in 2008, when there were waves of renegotiations of commercial leases. But moratoriums on evictions or rent increases are unprecedented government action in modern times, he said.

Thompson said moratoriums could become an issue with so many businesses now focused on liquidity, as Barrack alluded to. Thompson said there will be an increasing desire for liquidity from all businesses, and one way to quickly increase liquidity is to not pay your rent.

“I think the initial knee-jerk reaction might be for people to not pay their rent on the premise that it will give them greater liquidity,” he said. “That can have a cascade effect that people really haven’t thought through. … Rest assured, it’s not as cut and dry as just the steps that the government is taking, by saying you can’t kick people out.”

Marcus & Millichap reported this week that the overall market correction spurred portfolio recalibration and drove Wall Street into a “flight to safety.” The impacts of the shutdown are compounded because, over the course of 2019, the stock market valuation increased to a record level that was not substantiated by earnings in the 12 months that led up to the outbreak, the report said. But both Marcus & Millichap and other firms like SRS Real Estate Partners are still seeing activity and deals being made.

Marcus & Millichap reported that investors have responded to the shutdowns and the Fed’s actions with a surge of refinancing activity and an increased interest in acquisitions after the 10-year Treasury rate hit an all-time low. Investors often anticipate buying properties at reduced prices during periods of uncertainty, and similar results can be found by locking in lower interest rates, the report explained.

SRS’ national net lease group reported more than $200 million of new deals placed under agreement in the period since the coronavirus concerns hit the U.S. The assets with the most demand are grocery, drug store and convenience, as well as drive-thru fast food — which are all property types that survived government protocols. They include smaller retail deals in towns like Costa Mesa and Vallejo in California.

“What we are now seeing is similar to what we experienced after the 2008 recession,” said Matthew Mousavi, managing principal at SRS, in a statement. “Net lease proved to be a sought-after investment option then, and was the first to recover and gain traction.”

There are also some bigger deals hitting the wires due to momentum built from negotiations that started before the pandemic hit. This week, L.A. Clippers owner Steve Ballmer purchased the Forum arena in Inglewood for $400 million to make way for a new basketball arena. And the California State Teachers’ Retirement System secured $991.8 million in financing for a 17-property mixed-asset portfolio spread across seven states.

Sandy Jacobson, partner at Allen Matkins, said given the uncertainties surrounding the crisis, the natural inclination for sellers or buyers may be to terminate pending transactions. But, she said, in many instances, canceling transactions may not be the best course of action for buyers or sellers.

“Buyers and sellers alike should not necessarily look at the COVID-19 tragedy as a stopping point for their real estate transactions, but in the right circumstances, might simply slow down and re-evaluate transactions for new opportunities,” she told CO via email. “Instead of making a knee-jerk decision to terminate a purchase and sale transaction, buyers and sellers should consider hitting the pause button.”

The “pause button” will at least allow the opportunity for more real estate transactions to be in a position to close when the effects of this pandemic ebb, she explained. The approach can be accomplished by extending due diligence periods, allowing additional underwriting, or extending closing dates.

“Parties should recognize that delays are happening due to things beyond anyone’s control, and be empathetic to the other side of the deal and work together,” Jacobson added.

John Chang, Marcus & Millichap’s national director of its research division, told CO that the market is also still reacting to “just a lot of dialogue and speculation.”

“That’s everything from economic forecasts to job forecasts to people forecasting what’s happening in commercial real estate, and they are saying things that are not well founded,” Chang said. “Yes, this is a tremendous headwind for the entire economy, but we’re seeing some amazing actions from the Federal Reserve as well as by the federal government to support the economy and business out there today. … We see a lot of people are forecasting that the entire market is coming to a standstill and that’s not the case.”

He said smaller local investors remain active, and there are investors involved in 1031 exchanges that are very active since the pandemic broke. They are also seeing investors list properties even with the headwinds. They see market liquidity today as being relatively good and an opportunity to sell those properties.

“Some investors are choosing to move to the sidelines,” Chang said. “But there are many that are seeing this as an opportunity because others have moved to the sidelines. … We also have investors who look at their portfolio and say, ‘I don’t want to hold this through a recession, I want to sell it today, and reposition that capital.’ And that can still be done.”

He said the market had momentum built up that is carrying it forward, but over the next few weeks, activity will slow due to logistics challenges. For example, getting an appraisal done on a large apartment complex will be difficult because the appraiser needs to go into peoples’ homes, which can’t happen in a lockdown. There’s also a challenge to get title documents complete or transactions recorded because so many people are working from home.

“We can’t save everything. But what we can do is ensure we don’t take the entire economy to a screeching halt. That is going to be very difficult to get started again in the future when we get through this,” Chang said.