MSG Sells the Forum for $400M to the LA Clippers, Paving the Way for Inglewood Arena

MSG will end the lawsuits filed against the Clippers' project 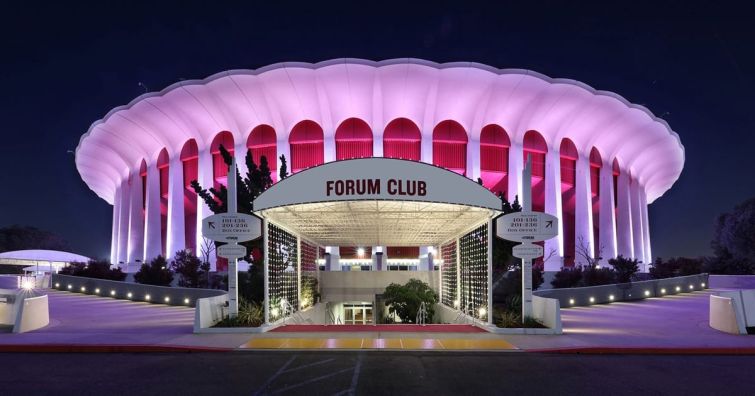 The Forum in Inglewood. photo: MSG

The fight over arena space in Los Angeles’ Inglewood has seemingly come to an end with a blockbuster resolution.

Billionaire Steve Ballmer, owner of the L.A. Clippers, has agreed to purchase the Forum arena from Madison Square Garden Company (MSG) for $400 million, the L.A. Times reported. The deal ends a years-long legal battle between the two parties over a planned arena for the Clippers, which is set to rise about a half-mile from the Forum.

MSG, run by executive chairman and owner of the New York Knicks, James Dolan, will end the lawsuits filed against the Clippers’ proposed $1.1-billion complex called Inglewood Basketball and Entertainment Complex. MSG previously had a long-term lease deal at the property where the Clippers’ arena will be, and the firm fought the project by claiming they only forfeited the property because the city told them it would be used for a technology park — not a competing arena.

The Forum will remain as it is and continue to operate as a live-music venue, according to the Times. MSG purchased the Forum at 3900 West Manchester Boulevard for $23.5 million about eight years ago, and invested $100 million in renovations. It was the home of the L.A. Lakers until 1999, when both L.A. basketball teams moved to the Staples Center.

Ballmer and the Clippers hope their project will be complete in time for the 2024-2025 NBA season after the lease expires with the Staples Center. The new complex will span 26 acres and include office space, retail space, and a hotel.

It will notably be about a half-mile from SoFi Stadium, where the L.A. Rams and the L.A. Chargers will play, and the $5 billion Hollywood Park development.