Mayor Garcetti said he is pushing for rent freezes statewide and emphasized the seriousness of the outbreak. “We can’t wish coronavirus away.” 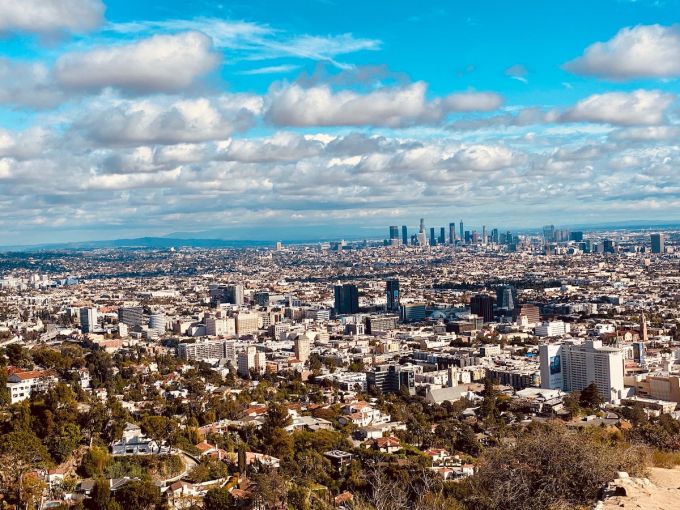 In a video news conference Tuesday evening, Los Angeles Mayor Eric Garcetti said he supports rent freezes for the 624,000 apartment units in the city that fall under the Rent Stabilization Ordinance, and that he’s pushing for a statewide rent freeze from the governor and legislature.

“I’m very supportive of a rent freeze. I think that would be a great thing for us to see even statewide,” he said. “But the state has that authority. We have that only on rent-stabilized units.”

The mayor said he has been discussing with city councilmembers the powers they have to freeze rent for rent-stabilized units, and they hope to announce a measure in the next couple days.

Average rent in L.A. reached $2,524 in February, according to RENTCafe.

Earlier this week, Garcetti also signed an executive order eliminating evictions of renters from rent-stabilized apartments through the state law called the Ellis Act, which allows landlords to remove tenants to convert the unit into condominiums. The measure covers tenants who have already received eviction notices through the Ellis Act, but have not reached the date to vacate the unit.

The Ellis Act is one of the most contentious residential laws in the state of California. Between 2001 and the end of 2019, more than 26,560 rent-stabilized units were removed from the market in L.A. through the Ellis Act, according to the Coalition for Economic Survival in L.A. Last week, Garcetti had prohibited evictions for tenants that couldn’t pay rent due to the economic shutdown or the coronavirus.

The city council had planned to enact stronger protections this week, including a rent freeze and an extension on Garcetti’s moratorium on evictions. But City Council President Nury Martinez announced that their meetings would be canceled through the rest of the month.

Some landlords with Fannie Mae and Freddie Mac loans will find some relief. Those mortgage payments can be suspended as long as landlords don’t evict tenants affected by the shutdown. Daniel Yukelson, executive director of the Apartment Association of Greater L.A., said it was a good sign for owners, but they are hopeful for more relief from federal, state and local leaders as more emergency policies benefit “tenants at our expense.”

“While this only benefits a percentage of landlords with Fannie Mae or Freddie Mac-backed mortgages, this is among the first signs that policymakers recognize the extreme levels at which this problem is being placed on the backs of owners,” Yukelson said in a statement. “Mortgages are far from the only expenses owners will be unable to pay under the eviction moratorium.”

He told Commercial Observer last week that if moratoriums on evictions are extended and more relief doesn’t come for landlords, that many lenders “will have a large portfolio of foreclosed properties.”

California currently has more than 2,640 confirmed coronavirus cases, and 55 deaths due to coronavirus, but some L.A. residents have not complied with city and state orders to stay home. On Tuesday, Garcetti and City Attorney Mike Feuer announced that the city’s “Safer at Home” emergency order will be strongly enforced, and that failure to heed the order is a misdemeanor that can result in fines or jail time.

“We’re all safer at home, and that’s not a suggestion — it is the law,” Garcetti said in a statement. “Refusing to follow it isn’t brave or funny — it’s stupid and could wind up killing you or someone else.”

At the press conference Tuesday, he said the city has received reports each day of nonessential businesses that continue to operate as normal.

“This behavior is irresponsible and selfish,” he said at the press conference. “It may serve a few people for a moment, but it will put all of us at risk for a long time.”

He also warned that the shutdown will last more than a few weeks, and rebuked the notions that the economy could return to normal sometime during the beginning of April.

“We can’t wish coronavirus away,” he said. “Everybody is hopeful. Some are putting out that hope that we will be back in churches by Easter or synagogues by Passover, or restarting the economy in a couple weeks. I think we owe it to everybody to be straightforward and honest, that we will not be back to that normal Los Angeles in that short period of time. I’ve said to be prepared for a couple months like this.”