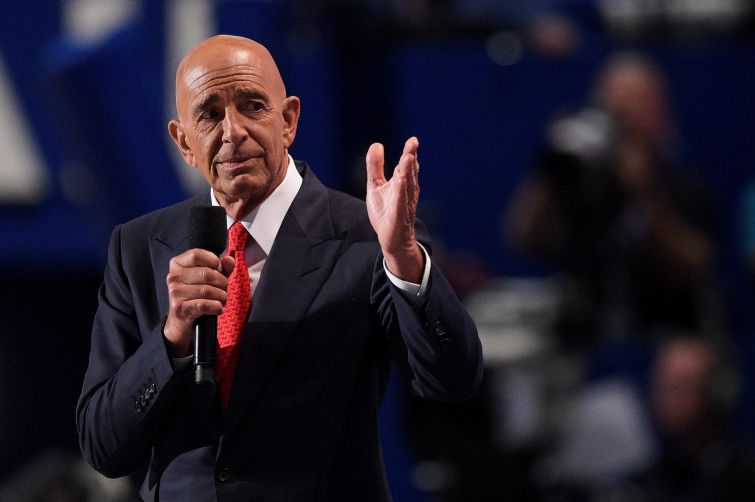 Yesterday, Colony Capital president and CEO Thomas Barrack authored a blog post on Medium that warned of an impending collapse of the commercial mortgage market should there not be immediate action from the government to support the space, which has endured the economic fallout of the novel coronavirus outbreak.

This morning, an hour and a half ahead of the market’s opening bell, the Federal Reserve announced a new push to make available a suite of lending facilities that would answer the call against the current liquidity crunch that threatens the broader economy. The move was consistent with the aggressive posture the Fed has deployed in its response to economic damage caused by the novel coronavirus.

Barrack’s Sunday post broadly stressed the need for liquidity and greater flexibility for commercial real estate mortgage providers — mainly non-bank lenders — as they teeter on the brink of bottoming out. He wrote that “we need to provide a menu of comprehensive financial subsidies, regulatory reliefs, forbearances, liquidity support and time outs for the monetary obligations of the American people who are being told to stop their livelihoods in order to save the lives of others and perhaps their own.”

Barrack noted that it’s imperative that the market try to avoid a widespread rush of “margin calls and other ‘mark-to-market’ measures for a period of time under the real estate whole loan and commercial mortgage-backed securities (CMBS) repurchase agreements that lenders rely on to provide liquidity in the market. Doing so will enable the mortgage REITs and debt funds to restructure the mortgage loans with their borrowers, which, in turn, will give their borrowers the breathing room they need to operate their businesses and align their residential and commercial leases with the current climate to allow companies to preserve millions of jobs.”

CREFC called for loan purchasing caps on government-sponsored enterprises’ (GSEs) — Fannie Mae and Freddie Mac had previously set caps of around $80 billion for 2020 — to be lifted temporarily and it also called for the 2008 Term Asset-Backed Loan Facility (TALF) to be re-established to “prevent a worsening economic [and] capital-markets crisis as we battle an unprecedented medical one,” among other measures. The Fed’s Monday response alleviated many concerns.

As of this morning, there were 35,325 confirmed cases of the novel coronavirus in the U.S., up from more than 12,000 early last week as testing has become more readily available and accessible in some areas, according to data compiled by Johns Hopkins University.

What started as a public health crisis is now on the verge of shifting to a full-blown financial crisis, hence the immediate action today from the Fed that aims to stave off any solvency dilemmas.

In just a matter of a few weeks, the novel coronavirus has wiped out a 10-year run of consistently positive and somewhat predictable commercial real estate and economic fundamentals, such as employment gains and interest rate fluctuations.

The result has stifled cash flows and has left many borrowers with no option but to seek immediate relief from their respective lenders. Extraneous macro circumstances, such as continued job losses affecting key CRE sectors and the price of oil cratering and putting pressure on $6.3 billion in existing CMBS debt, have added to the burden being carried by the capital markets.

The Fed said in a statement this morning, following its action, that it has “become clear that our economy will face severe disruptions … Aggressive efforts must be taken across the public and private sectors to limit the losses to jobs and incomes and to promote a swift recovery once the disruptions abate.”

Just today, the American Hotel and Lodging Association (AHLA) released a report, citing data compiled by Oxford Economics, that projected that a whopping 44 percent of hotel employees across the country have either already lost or will lose their jobs in the next few weeks due to the damage caused by the cessation of travel across the globe.

Last week, AHLA officials and hotel industry executives met with President Donald Trump, Vice President Mike Pence and members of Congress to discuss the severity of their situation and how it can be remedied with measures such as support to retain employees and access to low-interest loans to provide much-needed liquidity for small-business, which make up 66 percent of the hotel space, according to AHLA.

Avoiding a credit crisis is key in stamping out a potential escalation in the current downswing, which could create an extended economic recession. As for the impact that commercial real estate could have on a recession, it’s a market currently valued at around $6.3 trillion and supported by $4.4 trillion in debt, according to information from CREFC.

“If these institutions are not permitted to maintain the flexibility and patience needed to undertake the loan restructuring efforts that will be critical to weathering the COVID-19 crisis, loan repayment demands are likely to escalate on a systemic level, triggering a domino effect of borrower defaults,” Barrack wrote. “A market collapse of this magnitude would have catastrophic follow-on effects across the American economy.”