California Ramps Up Tenant Protections as State Shuts Down

With more than 1,000 confirmed cases in California, the governor mandated that all nonessential businesses close and people stay home to slow the spread of coronavirus 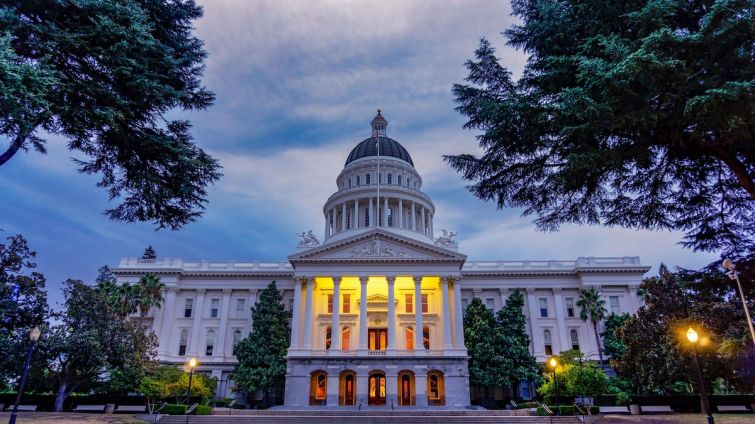 State lawmakers and local officials throughout Southern California spent the past week working on measures of protections to address the economic impacts of a shutdown. photo: Jeff Turner

Adding to a wave of emergency measures being introduced to address the economic toll of a shutdown, state lawmakers today introduced legislation that will extend eviction protections for commercial tenants through the end of the novel coronavirus emergency.

The measure expands Governor Gavin Newsom’s order from earlier this week that allows local jurisdictions to halt commercial evictions until May 31. As officials attempt to slow the spread of coronavirus — which has reached more than 1,060 confirmed cases in the state — the governor on Thursday mandated that all non-essential businesses close and people stay inside, and Los Angeles Mayor Eric Garcetti announced that the city will prohibit gatherings of any size.

SB 939, the newly proposed moratorium on commercial evictions, was introduced and announced by Senators Scott Wiener and Lena Gonzalez. Wiener explained that many organizations are laying people off and facing closure, and the new bill will ensure they are safe from eviction during the state of emergency. It is aimed at allowing companies to focus their resources on workers and labor instead of rent.

“COVID-19 is a disaster for our entire economy, but particularly for small businesses, nonprofits and their workers,” Wiener said in a statement. “The last thing we need is permanent mass closure of small businesses and nonprofits, many of which provide critical services for our community. It will be hard enough for these businesses and nonprofits to stabilize and reopen after the emergency. If they lose their retail, office, or manufacturing spaces, they may never be able to reopen.”

Justin Thompson, real estate partner at Nixon Peabody, said it’s great to make sure that commercial businesses that are adversely impacted by the shutdown are not being evicted or having their leases terminated. But he said there could be many unintended consequences of a blanket moratorium.

“A lot of businesses are going to be focused on liquidity right now, so you’re probably going to be looking at a lot of tenants making this decision about whether or not to pay their rent because they know there is a moratorium on evictions,” he told Commercial Observer.

He said it could lead to ramifications for leases that have other rights written in, such as tenant improvement allowances, or extension rights that exist so long as the tenant doesn’t default.

“While that moratorium means you can’t be evicted, it doesn’t mean that the other rights that you have under the lease can’t be lost,” he said. “If there’s a default on the lease, the tenant improvement allowance may have to be repaid by the tenant.”

State lawmakers and local officials throughout Southern California spent the past week working on a sweeping package of measures of protections for renters and commercial renters to address the immediate and long-term economic impacts of a shutdown. Assemblyman Phil Ting and Wiener today also introduced AB 828, which would stop residential evictions until 15 days after the state of emergency ends.

Local leaders like Garcetti and San Francisco Mayor London Breed also announced similar residential and commercial eviction moratoriums. The L.A. City Council has directed the city attorney to draft a measure to extend the moratorium on evictions for the next 12 months for businesses losing customers because of the shutdown.

Daniel Yukelson, executive director of Apartment Association of Greater L.A., said they recognize the adverse impacts of the shutdown, that employees are being laid off, and that this is an unprecedented crisis. But he is worried that any protracted eviction moratorium would put “many housing providers in jeopardy of mortgage or other payment defaults.” If the city extends the moratorium to a year, then lenders “will have a large portfolio of foreclosed properties,” he said.

“Each of us must be required to share the burden and help those that may be suffering due to the causes of the COVID-19 virus,” he said. “At the same time, I am also concerned about apartment owners, particularly the more than 80 percent of apartment owners in California that are independent, small mom-and-pop housing providers that do not have the means to forego rental income or who may be inflicted by the COVID-19 virus themselves.”

He pointed out that housing providers have property taxes due in April, and many have mortgage payments, maintenance costs, and other capital projects to pay for. But they have not been offered such financial support.

“I am hearing a great deal of fear and frustration,” he said. “Many owners are concerned about meeting their own financial obligations.”

To begin to address the financial strains, earlier this week, Garcetti also announced that the city will lend no-fee microloans of $5,000 to $20,000 to businesses to cover working capital. The interest rate can either be 0 percent for a term of six months to one year, or 3 percent to 5 percent for a term of up to five years.