The exec is filling a role vacated by the prior group head, Dylan Taylor, who was fired earlier this year 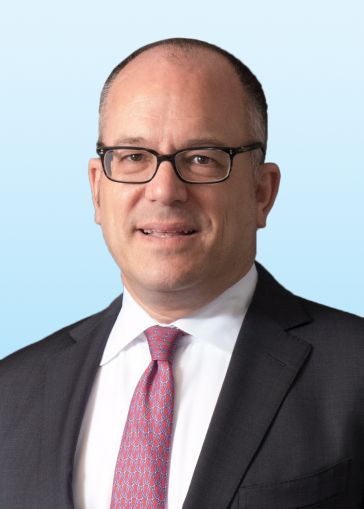 Commercial real estate and investment management firm Colliers International announced today that Gil Borok has been appointed as the new president and CEO of its U.S. operations.

Borok spent the past two years as the firm’s COO and the leader of its U.S. business. He is credited with bolstering the leadership team and expanding the firm’s presence. He previously spent 15 years at CBRE, including a stint as the firm’s CFO from 2010 to 2014.

“Gil’s appointment to president and chief executive officer of our business in the United States reflects the significant role he has played in strengthening our leadership team, market position and client service across the country,” said Jay Hennick, global chairman and CEO at Colliers, in prepared remarks.

The exec will be filling a role left open in June, when Colliers fired CEO Dylan Taylor for “misconduct including improper trading activity in Colliers securities.” Taylor was at the post for less than a year.

Colliers has operations in 68 countries. In 2018, corporate revenues were $2.8 billion, with more than $26 billion of assets under management.

“We will continue our focus on strengthening the U.S. platform, expanding our services, developing our top talent and focusing on new growth initiatives that will drive our business,” Borok said in prepared remarks.

In Southern California, Colliers has been particularly active recently with the industrial real estate wave rushing through the Inland Empire. The firm represented Molto Properties in the $16.7 million sale of a 121,400-square-foot distribution center in the city of Riverside to American Exchange, a New York-based watchmaking firm. The sale price was about 20 percent higher than Molto paid for the property just 14 months prior. Colliers also represented both buyer and seller — Dedeaux Properties and Hillwood Investment Properties, respectively — in the trade of a new industrial property with 1 million square feet, also in Riverside.

On the East Coast, Colliers represented Hungryroot, a plant-based meal kit delivery company, in its move into 10,000 square feet at 7 West 22nd Street in Manhattan’s Flatiron District. The lease was announced last week.