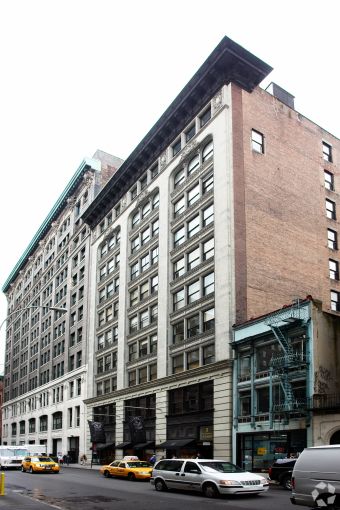 Hungryroot, a plant-based meal kit delivery company, has moved on from a coworking space to more permanent digs in the Flatiron District, Commercial Observer has learned.

The company inked a five-year lease for 10,000 square feet on the sixth floor of 7 West 22nd Street between Fifth Avenue and Avenue of the Americas, according to a source with knowledge of the deal. Asking rent was $66 per square foot.

Hungryroot — which was founded in 2015 — has had its offices in the TechSpace coworking location at 41 East 11th Street but needed a bigger space to accommodate its growing headcount and wanted to stay near Union Square, according to tenant brokers Colliers International.

“After evaluating the market extensively, we believe we found the perfect space to support Hungryroot’s lively culture and future growth plans,” Colliers’ Jack Senske said in a statement. “The Flatiron District provides the team with a vibrant neighborhood and a place where they can continue to build out their office seamlessly for years to come.”

Hungryroot moved into its new digs last month, the source said. The company bills itself as a personalized grocery service for home chefs, with pricing running from $69 to $129 per delivery. The boxes are stocked with items such as pre-cut vegetables, grains, meats and sauces, with a few suggestions on how to combine the ingredients into healthy meals.

Senske represented the tenant with Sheena Gohil while CBRE’s Paul Amrich, Neil King, Alexander Golod and Georgina Cook handled it for the landlord, Chang Realty Associates. The CBRE brokers did not immediately respond to a request for comment through a spokeswoman.

Other tenants in the 10-story, 98,000-square-foot 7 West 22nd Street include the Kima-Center for Physiotherapy and Wellness, advertising firm The Brooklyn Brothers and school Montessori at Flatiron.

Update: The story has been updated with a description of Hungryroot’s grocery service.