GPI’s project will transform the defunct Macy’s story into a 230,000-square-foot modern office next to the new complex for Google. 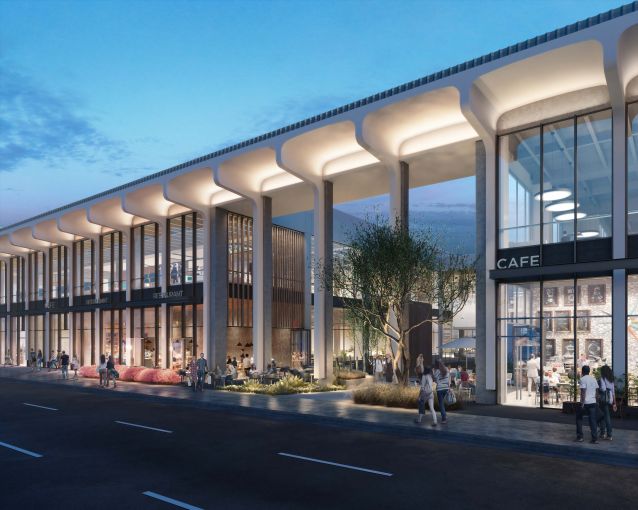 ACORE Capital has lent $120 million for the construction of the West End office conversion at the former Westside Pavilion in Los Angeles, just a couple of weeks after the project was announced by developer GPI Companies.

The funding commitment, also announced by GPI, is another sign of the confidence investors have in modern office space on the Westside. It’s the second major office conversion at the former department store mall in West L.A., as Hudson Pacific Properties and Macerich are building out a separate 584,000-square-foot office, which has already been leased to Google.

GPI’s redevelopment will transform the former Macy’s store at 10730 West Pico Boulevard into 230,000 square feet of new mixed-use office space. GPI is investing more than $180 million into the project. Construction is currently underway at the intersection of West Pico Boulevard and Overland Avenue, near a Metro Expo line stop. It’s projected to be completed in early 2021.

GPI purchased the property for $50 million in February 2017 in an off-market transaction.

JLL arranged the construction financing, and serves as the leasing agent for the building. Del Amo Construction and ARB/Primoris are the general contractors, and HLW and Walter P. Moore and Associates designed the project.

With low vacancy rates, the office rents in West L.A. and Westwood are among the highest in the county at $4.65 per square foot.

The commercial investment, development and operating firm GPI Companies is based in Los Angeles, and it has more than $1 billion in assets under management. GPI recently purchased an office property in El Segundo for $84 million, and it is also replacing the former Amoeba Music record store with a 200-unit tower in Hollywood.

Meanwhile, ACORE has made other recent big office bets in Silicon Valley and other major cities around the country. Last month, the firm committed $97.9 million in financing for new office space in Portland, Ore., Commercial Observer reported. This year, the firm also lent $313.8 million to Harvest Properties and Invesco for an office campus in Sunnyvale, Calif., located in the heart of Silicon Valley.