A vacant Macy’s box will be converted into 230,000 square feet of office 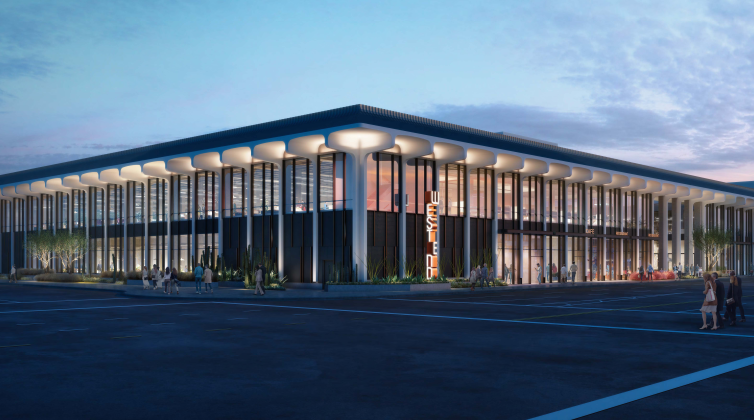 GPI will be redeveloping the mall’s former Macy’s store, located on the site’s northeastern corner at 10730 West Pico Boulevard at the intersection of Overland Avenue.

The remainder of the three-story West Los Angeles mall is already undergoing a redevelopment from Hudson Pacific Properties and Macerich, with the firms building a 584,000-square-foot office campus that has already been leased to Google. That project, called One Westside, is expected to be completed by 2022.

Los Angeles-based GPI, which is also behind the Amoeba Music redevelopment in Hollywood, will invest more than $180 million in the office redevelopment and has tapped HLW Architects to design the space. Construction is underway at the project, called West End, which is expected to wrap up by early 2021.

Records show GPI purchased the failed department store, as well as an adjacent 1,500-car parking garage and the six acres of land for $50 million from Macy’s in February 2017.

GPI’s target tenants for the building include media, technology and financial firms. Carl Muhlstein with JLL is the leasing agent for West End.

The Westside Pavilion, built in West L.A. in 1985, was a 755,448-square-foot super regional mall situated on 15.4 acres, according to loan documents posted on Trepp. The Macy’s took up 220,000 square feet, while the remainder was occupied by tenants including Nordstroms, Macy’s Home Store, Banana Republic and Forever 21. The Macy’s and Nordstroms were located in an enclosed three-story center bounded by Pico Boulevard, Overland Avenue, Westwood Boulevard and Ayres Avenue. Tenants including Landmark Theatre and Urban Home were located in a parcel on the opposite side of Westwood Boulevard, which was accessible from the mall via an enclosed bridge.

Big-box retail properties have been spiraling away as e-commerce continues to force major closures throughout the country. Meanwhile, the office real estate in L.A. has seen increasing demand from the media, tech and coworking sectors, particularly on the Westside, which includes neighborhoods like Beverly Hills, Santa Monica, Century City and West L.A.

Office rents for space in West L.A. and the adjacent Westwood neighborhood are among the highest in the county, at $4.65 per square foot, while availability for space is at an all-time low, according to a recent market report by Savills. Recent activity includes a lease with WeWork for 67,583 square feet at 10585 Santa Monica Boulevard, and Kilroy Realty Group’s $185 million purchase of the Blackwelder campus in Culver City.

GPI has more than $1 billion in existing assets under management. The firm recently announced a new $300 million equity allocation from one of the country’s largest pension funds. In September, GPI opened that investment stream to buy an office property in El Segundo, which has been another favorite landing spot for tech and media firms looking for alternatives to Silicon Beach. The property, owned by Angelo Gordon & Company, traded for $84 million and spans nearly 200,000 square feet.

GPI is also set to replace the Amoeba Music record store in Hollywood with a 26-story complex with about 200 residential units.