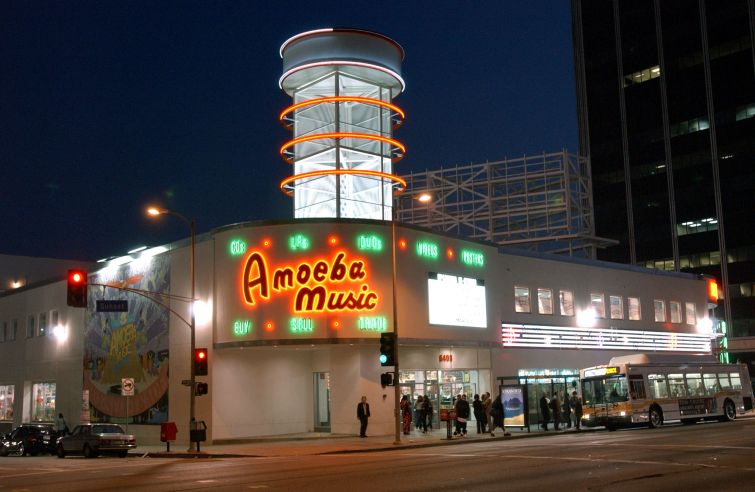 The Los Angeles City Council approved a zoning change that will allow the city’s largest record store, the beloved Amoeba Music on Sunset Boulevard, to be replaced by a 26-story development.

The seller of records, CDs and band paraphernalia will remain in place for around another year, according to its website. “We are planning to move to a new space in Hollywood,” they wrote. “We have several exciting possibilities.”

The property, located at 6400 Sunset Boulevard, at the corner of Cahuenga Boulevard in Hollywood, sold to GPI Companies for $34 million in 2015.

The two-story building will be demolished to make way for the Johnson Fain-designed tower, which will have 200 residential units and 7,000 square feet of retail space,  the Los Angeles Times reported. In March, the City Planning Department approved the plans for the site provided GPI make changes to its parking designs and designate its five percent of affordable units to the lowest income tranche.

Since the development plans first emerged, Amoeba’s owners have assured supporters that they intend to remain in the neighborhood. In 2016, they tweeted a handwritten note to that effect and have reiterated it ever since.

The company, which also operates two stores in Northern California, told Variety in 2018 that it was seeking a dispensary permit to diversify its income streams. It currently operates Hi Fidelity, a weed-related product line, out of its Berkeley location.