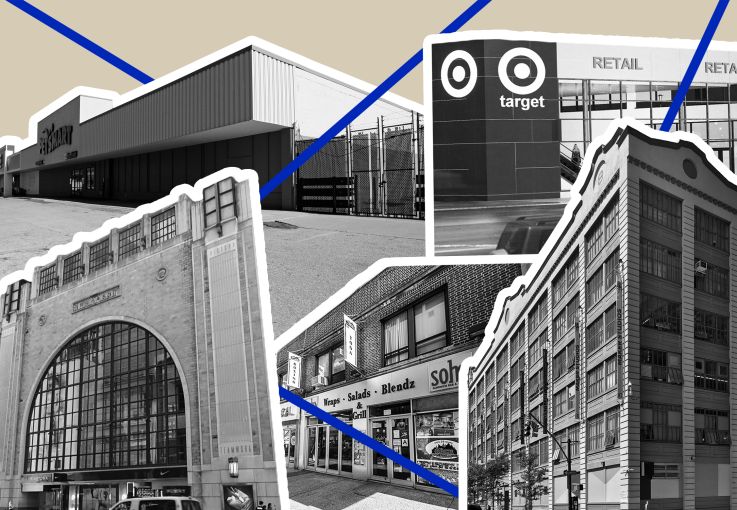 One retailer seems to be right on target with its expansion plans. And that retailer is Target.

Though the department store chain has been signing deals for small-format stores since 2012 (when the first ones opened in Los Angeles, Chicago and Seattle), those leases are still on the big side in New York City.

That is why Target scored three spots on Commercial Observer’s list of the top five retail leases of the year (by square footage) in New York City, as of the beginning of December.

It’s also worth noting that only one of the top five leases was in Manhattan, but it ranked as the year’s biggest.

Tiffany & Co., which has plans to completely renovate its Fifth Avenue flagship store starting in spring 2019, will temporarily expand its retail operation into digs next door.

During the three-year renovation, Tiffany will occupy all of Nike’s 73,350-square-foot space, spanning six floors plus a basement at the adjacent 6 East 57th Street via a sublease, according to a summer announcement from the jewelry company and recently provided information from its broker, CBRE.

The next largest retail deal is for an exhibition space. In June, CO reported that TeamLab, an innovative Japanese digital arts group known for its immersive LED installations, took a 55,000-square-foot space at Industry City in Sunset Park, Brooklyn. The lease is for the ground floor and mezzanine level at 51 34th Street, aka Building 7. Pace Gallery is partnering with TeamLab on the space after exhibiting the group’s work in several locations around the world over the past four years, including Pace’s Chelsea gallery. Jamestown, Belvedere Capital, Angelo, Gordon & Co., Cammeby’s International and the Fruchthandler family’s FBE Limited own the 16-building, 35-acre Industry City complex.

The last three leases on CO’s list are all for Target.

The Minneapolis-based chain signed a 50,000-square-foot lease at Bridges Development Group’s 5200 Kings Highway in the Flatlands section of Brooklyn. When it opens in 2020, the “small-format” store will be the seventh Target in Brooklyn and the 27th in New York City, according to a Target press release. Bridges plans to tear down the auto mall and develop 75,000 square feet of new retail on the site, of which Target will occupy the majority, Bridges Principal Mike Berfield previously told CO.

Target also inked a 47,000-square-foot deal at A&H Acquisitions’ development at 22-11 31st Street in Astoria, Queens between Ditmars Boulevard and 23rd Avenue. The outlet, which will also have a CVS Pharmacy inside, is slated to open in 2022. Target will have a portion of the ground floor for an entrance, which leads to the store on the entire second and third floors.

In the third Target deal, the department store chain signed a lease for 46,000 square feet, or the entire one-story building, at 1520 Forest Avenue in Elm Park, Staten Island, marking the first Target small-format store in the borough. The property, which is owned by Kimco Realty, is called Forest Avenue Plaza. The Staten Island store will offer a CVS Pharmacy and Starbucks inside.