Target Signs on for Seventh Brooklyn Store, in Flatlands 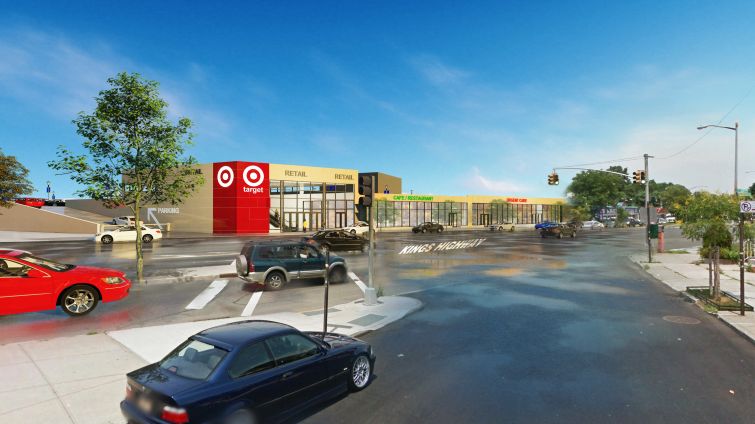 Target is on a tear through New York City, with several stores planned throughout the five boroughs. The latest deal with the discount retailer is at 5200 Kings Highway in the Flatlands section of Brooklyn.

The Minneapolis-based big-box chain inked a long-term deal for a 50,000-square-foot store on the site of a recently shuttered auto mall at the corner of Foster Avenue, according to a release from Target. The length of the lease and the asking rent weren’t released. When it opens in 2020, the “small-format” store will be the seventh Target in Brooklyn and the 27th in New York City. Although Target doesn’t have a specific definition of “small-format,” they are significantly smaller than the average Target store, which clocks in around 131,000 square feet, according to data from eMarketer.

The landlord, Bridges Development Group, acquired the 99,500-square-foot property earlier this week, according to principal Mike Berfield, who declined to disclose the sale price. Bridges plans to tear down the auto mall and develop 75,000 square feet of new retail on the site, of which Target will occupy the majority, Berfield told Commercial Observer. The rest of the project has not yet been leased.

“Our partnership with Target will bring a unique mix of convenience and value to local Brooklyn residents and families,” Berfield said in a statement. “This new small-format store will anchor this new development and serve as the foundation to the further revitalization of this area. We’re excited about our plans to create a destination that will meet the needs of the surrounding neighborhood and overall community retail needs.”

Ripco Real Estate represented both sides of the deal, with Jeff Howard handling the transaction on behalf of Target. A spokeswoman for the brokerage declined to comment on the transaction or disclose who represented the landlord. Ripco Founder Peter Ripka is a principal at Bridges, which develops retail throughout the five boroughs.