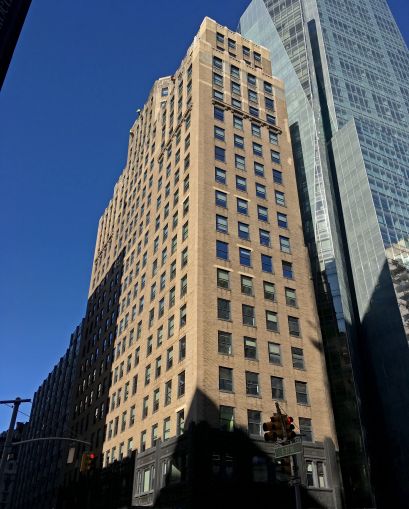 Blink Fitness is expanding its Manhattan headquarters at 386 Park Avenue South after agreeing to sublease more than 13,000 square feet of space at the NoMad property from media giant Viacom, Commercial Observer has learned.

The deal expands on Blink’s existing 13,121-square-foot footprint, comprising the entire 11th floor at the property, which it has occupied since 2013, and takes the company’s total presence at the building to 26,242 square feet, sources said. Blink is expected to begin moving into its new space on the 16th floor this week.

Asking rent in the deal was $72 per square foot, according to sources. The length of the sublease could not be confirmed. Blink will be taking over the space from Viacom’s AwesomenessTV subsidiary, which creates online television and film content targeting teenagers and young people; AwesomenessTV signed a seven-year lease for the 16th floor at 386 Park Avenue South in 2016, as CO reported at the time.

Evan Fiddle and Michael Movshovich of CBRE represented Blink in the transaction, while Paul Ferraro and Rob Martin of JLL represented Viacom.

In a statement, Fiddle said Blink has experienced “tremendous growth in the last few years, leading to an immediate need for a larger office footprint in order to accomodate current and future employees.”

Movshovich added that the company “elected to take advantage of a sublease opportunity within their existing building” after considering other options. “This scenario provided the most flexibility for the company as the business continues to grow, allowing them to stay in the dynamic neighborhood that their employees enjoy.”