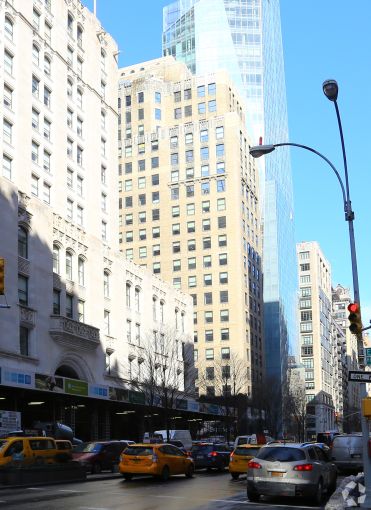 AwesomenessTV, a subsidiary of Dreamworks Animation, has inked a full-floor, pre-built space at 386 Park Avenue South, Commercial Observer has learned.

The online media company is headed to 13,121 square feet at the 260,121-square-foot building between East 27th and East 28th Streets, according to Newmark Grubb Knight Frank, which represented the landlord. AwesomenessTV is consolidating its several locations into the 16th-floor space of the 20-story building for the next seven years.

Asking rent in the deal was $75 per square foot, according to CoStar Group. AwesomenessTV is slated to move into its new digs this summer, an NGKF spokeswoman said.

“We are building to a higher standard that attracts the best-in-class to come and AwesomenessTV is an example of that,” Harvey Fung, the head of landlord HSR Corp., said in a press release from the brokerage. “ATV is widely recognized amongst the millennials and they will bring an additional vitality to 386.”

Pre-built spaces at the property include three conference rooms, a large collaborative area and an eat-in kitchen, the release indicates. There are two remaining floors with these types of space at the building.

David Falk, Eric Cagner, Jonathan Franzel and Alex Leopold represented HSR Corp., while Steven Rotter and Justin Haber of JLL represented AwesomenessTV. The JLL brokers did not immediately return a request for comment via a spokesman.

“We are thrilled to have AwesomenessTV join one of the finest tenant rosters today in Midtown South,” Mr. Cagner said in prepared remarks. “HSR’s commitment to delivering first class, full-floor pre-builts has resonated with today’s creative, progressive tenants.”

AwesomenessTV works as a network of online TV shows and other content. Dreamworks sold a 25 percent stake in the company to Hearst in December 2014 for $81.3 million, as The New York Times reported.