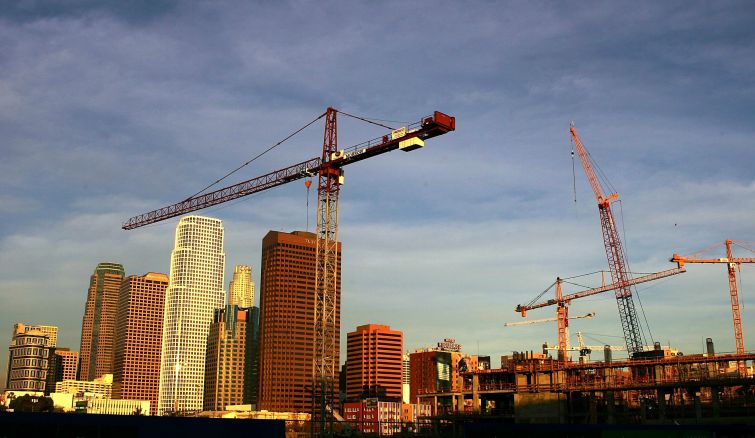 Los Angeles saw the largest construction cost increases in the nation at 7.59 percent between Jan. 1, 2017, and Jan. 1, 2018, according to a report released this week by Rider Levett Bucknall, a construction advisory firm. This comes at a time when the amount of construction has also climbed in the growing market and will continue to do so as the 2028 Olympics approach.

L.A.’s uptick in construction costs was nearly double the national average at only 4 percent, according to the report. The country, it turns out, has so far avoided any effects of federal policy, like the recent tariffs of 25 percent on steel and 10 percent on aluminum—which had construction experts on edge.

“With the suspected exception of a jump in sales of antacid tablets and enrollment in meditation classes, the federal tariffs proposed for imported steel and aluminum have had few quantifiable effects on the marketplace,” Julian Anderson, Rider Levett Bucknall’s president for North America, said in a statement.

Despite this, all along the West Coast, costs swelled more than the national average, growing the farther south the city: Seattle, 5.1 percent; Portland, Ore., 6.05 percent; and San Francisco, 6.23 percent.

In San Francisco, massive redevelopment plans have been taking up most of the city’s resources, and with a robust economy, carried mostly by the tech field, new development is in high demand.

“Every industry has been affected in this redevelopment and economic surge,” said Catherine Stoupas, an associate principal at Rider Levett Bucknall. “The general economic boon of tech companies and their massive expansion of employees require more of everything: offices, homes, schools, hospitals, infrastructure, etc.”

Even so, San Francisco’s costs still grew over one percentage point less than L.A.

“It’s similar to the increases seen in the Hawaii market a few years back,” Brian Lowder, a principal at Rider Levett Bucknall, said of Los Angeles’ cost increases in an email to Commercial Observer. As for why the costs grew so much, Lowder cited “a great number of significant projects; a shortage of skilled labor; the projects are taking longer to build, increasing the amount of general conditions and general requirements cost—time is money; finally, material costs increase.”

And there sure is a lot of construction.

This year, L.A. will see many new buildings open—and a few already have—like At Mateo, My Figueroa, the Banc of California Stadium and the West Coast edition of the NoMad Hotel. In the works are monsters like 6AM, Broadway Trade Center and the Lucas Museum of Narrative Art. And there are so many more waiting to get the green light, such as 520 Mateo in the Arts District, Millennium Partners’ $1 billion high-rise in Hollywood and a people mover for LAX.

But, in both L.A. and San Francisco, the sudden rise in construction is only a temporary trend—per L.A.’s renaissance and upcoming Olympics and San Francisco’s tech explosion. So issues like skilled labor shortage will be resolved in time.

“This rate and pace is not sustainable to require skilled labor forces to increase in the long term—it’s not everyday that a major city rebuilds a new downtown or redevelops its transit systems,” Stoupas said. “Yet in the short-medium term, prices will continue to reflect the shortages in labor to meet demand. That’s not to say that prices will go down but rather level off when construction activity levels out to a sustainable level.”

This story was updated with comment from Catherine Stoupas.