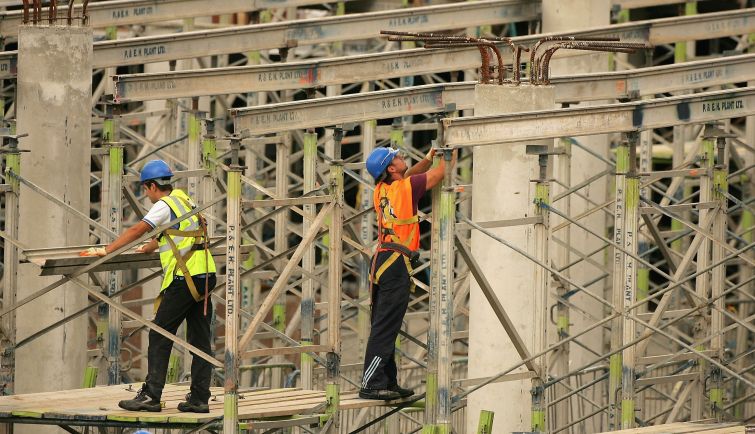 Construction experts were troubled by President Donald Trump’s announcement last Thursday for a 25 percent tariff on steel and a 10 percent tax on aluminum imported to the United States.

The policy will increase the costs of construction, which in New York City are already at dizzying heights, they said. Ultimately, it will affect the overall project costs and could make it harder for future projects to get completed.

“Rising construction costs, along with labor costs and bank financing constraints, have been a significant factor in limiting property development over the course of this [economic] expansion,” Sam Chandan, the associate dean at the New York University’s Schack Institute of Real Estate, said in a statement to Commercial Observer. “Policies that add to cost pressures exacerbate drags on new supply.”

While the the details on the tariffs are murky, foreign countries have already pledged to retaliate, with European Commission President Jean-Claude Juncker saying, “We will not sit idly while our industry is hit with unfair measures that put thousands of European jobs at risk,” according to CNN.

The announcement comes just less than a month after the White House revealed an infrastructure plan in which the federal government would spend just $200 billion fixing public infrastructure over the next decade and expect states, localities and private companies to generate $1.5 trillion to fund projects. That plan also had its critics within the construction industry, as CO previously reported.

“The United States has an $800 billion dollar yearly trade deficit because of our ‘very stupid’ trade deals and policies,” Trump tweeted on March 3. “Our jobs and wealth are being given to other countries that have taken advantage of us for years. They laugh at what fools our leaders have been. No more!”

However, leaders of construction companies and trade organizations weren’t pleased.

While making foreign steel more expensive via taxes could mean companies may further use domestic steel, the U.S. industry will not have the supply to keep up with the demand, said Louis Coletti, the president and CEO of the Building Trades Employers’ Association.

“The U.S. steel manufacturers cannot produce the quantity of steel needed. Steel manufacturers are already telling contractors to expect price increases,” Coletti said. “The lack of steel availability will also cause scheduling delays that will add to additional cost increases. This policy will have a detrimental impact on the economic growth of [New York] and the nation.”

And in the case of the 10 percent tariff on aluminum, which is heavily used for curtain wall systems in glassy high-rises, the uptick may not even be enough to help domestic manufacturers.

“A 10 percent tariff as a stand alone probably won’t move the needle to where it would make it less expensive to buy domestic [aluminum],” said Richard Wood, the president of Plaza Construction. “[But] it’s a problem, because we are trying to make projects more affordable.”